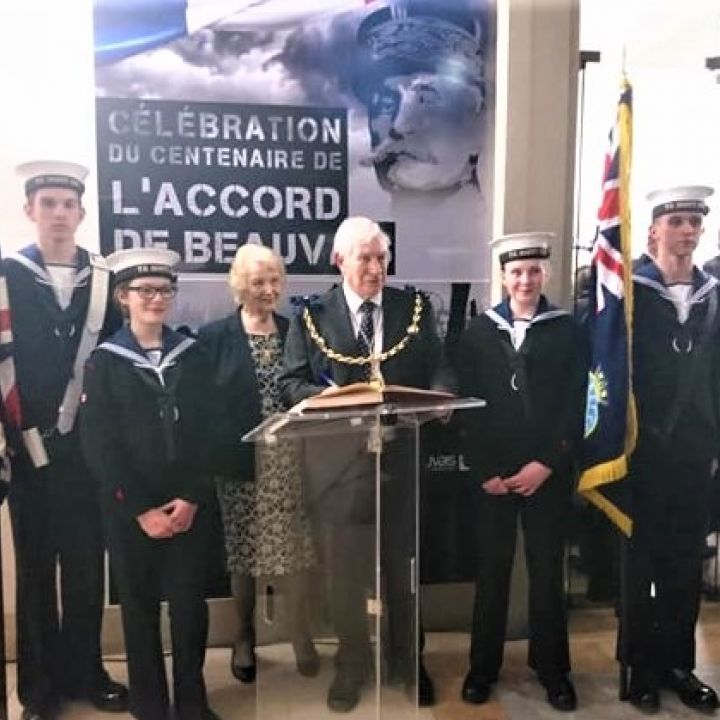 I have been at Sea Cadets for four years. I started at the age of 10 and at age 14 I’m still here and still enjoying it!

I have done some really amazing things with Sea Cadets. In 2018, I escorted the mayor of Maidstone to France with 3 other cadets. We had to parade around a little area showing the French what we do.

Another great thing I love about Sea Cadets is that we go to some really cool events, like Combined Military Ops at Headcorn Airfield.

It’s also taught me so many different skills like first aid and because of this I now want to become a paramedic.

When I put my uniform on I feel free and feel I can do whatever I put my mind to, it’s a sense of pride I feel where I don’t get anywhere else.

As sea cadets, we try to get as much time in the water as possible like kayaking, sailing and rowing.

I have been on BCU kayaking course and loved it I know go kayaking with my cousin as much as I can. I have also entered kayaking competitions and came first in the 500m sprint. I was put through to the Area competition. This is another great opportunity to make more friends on the way, as courses are available to all cadets.

I would recommend Sea Cadets to anyone.

We are not just cadets that see each other twice a week we are family and we stick together. 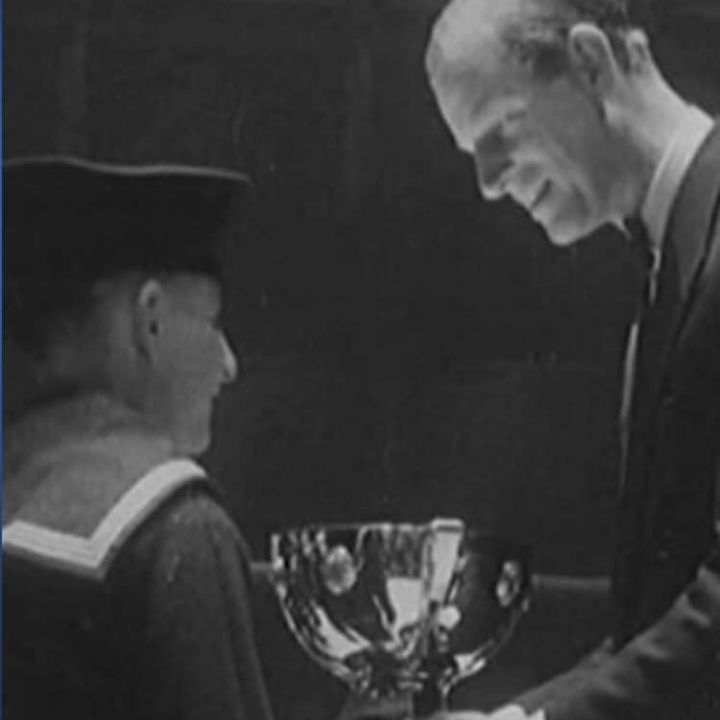 Terence Evans, known as Buster, was a devote Sea Cadet.  In 1955 he won the National Sea Cadet Boxing Championships as Ordinary Sea Cadet Evans at the Royal Albert Hall in London and was presented with a trophy by The Duke of Edinburgh.

There is a short clip on YouTube of the event and the presentation by Prince Phillip. where he is referred to as 'A plucky little tower of tomorrow'  -he was very short!

In addition to my Uncle's commitment to the Corps, my eldest daughter Kaitlyn joined as soon as she could.

Kailyn suffers from Asperger's / Autism and was struggling with life in general until she found the cadets! She is now full of confidence, determination and strength just like her Uncle before her.  She transferred to the Royal Marines Cadets and continued to excel at all she does. She has taken part in offshore voyages on all the vessels, Summer/Easter camps, CATSEA, the London Trafalgar Parade, The Birmingham Tattoo to name a few, plus, led the Rugby detachment as Guard Commander to come 2nd in the National Drill and Piping Competition.

None of this we ever dreamed was possible for her before joining the cadets given her battles with Autism.

To mark the connection between my uncle and daughter at his funeral, she was asked by the family to walk the hearse carrying my Uncle Buster into the crematorium. She did so with pride and saluted every attendee out of the crematorium as they left, and with one final salute to the coffin (with Uncle Busters Sea Cadet photo in pride of place above the coffin), she was the last to leave. So now over 60 years on from my uncle's triumph in the Royal Albert Hall for the Sea Cadets, she says goodbye and continues on his legacy.

Thank you to Sea Cadets for giving them both these opportunities. Especially Kaitlyn who's life has been totally turned around.

She wants to join the forces when she has gained her degree and she is 100% dedicated to cadets in the meantime.

Are you an ex-cadet with a story to share? Take part in our My LegaSea Survey or email legasea@ms-sc.org 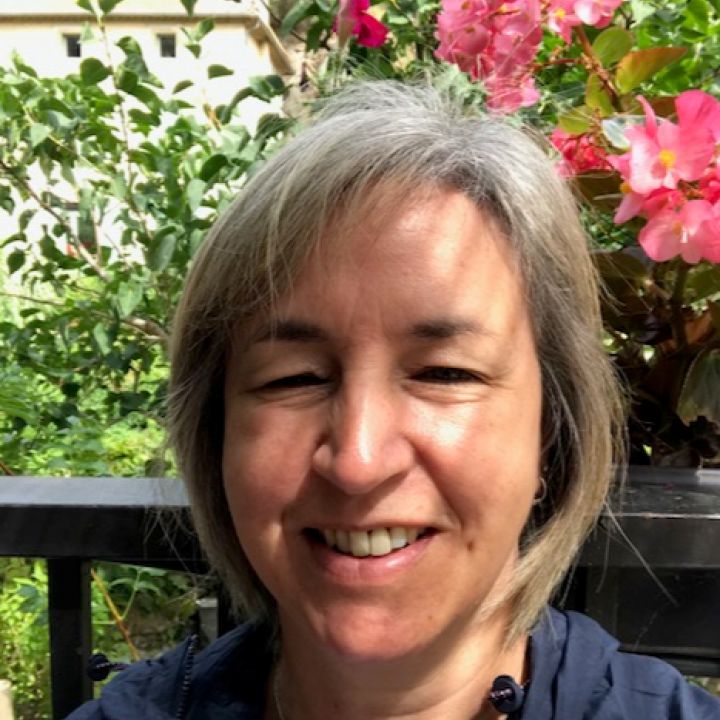 I popped down to Worcester and took a walk from the town out to the bridge at Lower Wick and back along with the other side of the River, I didn’t know what to expect!

I picked up way more than 13 pieces of plastic which included 2 bottles, 4 lollipop sticks, 3 traps, a couple of ice cream tub scoops, a couple of cigarette filter wrappers, straw wrappers, a broken plastic fork, a nappy bag (empty) and a big black meat container (yes I had gloves on). I also picked up several pieces of foil and a can.

I was surprised though how clean the riverside actually was. I just had one small bag for a 2-mile walk.

In contemplating my walk I wondered what would happen if everyone carried a bag and picked up rubbish when they were out for a walk. I decided it would just be better if no-one dropped any rubbish in the first place. It’s not hard!

We are not going to eliminate plastic, it has its uses. I certainly learnt in this challenge that there were a few simple things I could do to reduce my plastic use.

Every little bit has got to help. #ScrapPlastic

Alison is a full time working Mum. She has recently volunteered as an instructor in marine engineering at her local Sea Cadets. Her son is a sea cadet and her daughter now works in the RAF, having been an air cadet.

To join our #ScrapPlastic challenge this August visit:

It's not too late to make a difference! 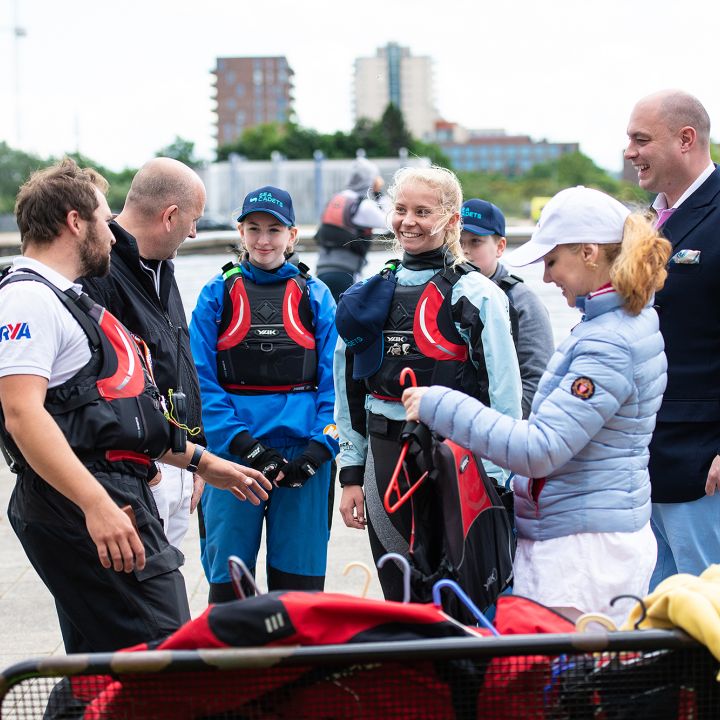 On Saturday 8th June I was invited down to the Royal Victoria docks boat station. It was a very important day as it was the launching of the RS21 keelboats.

The event didn't commence until the afternoon, this meant that the morning was free to take some juniors out that had never been sailing before to gain some experience on the water.  Fun was had by all and this helped to give the younger cadets confidence in sailing for the first time.

Before everyone arrived there was a lot of work to be done. The three new RS21 needed to be rigged and ready to go. It had finally come to the time where the guests had arrived, men turned up in shirts and ties and ladies in dresses and heels. However, what the didn't realise is that they were going to get the chance to sail our new RS21’s. Although unexpected everyone was happy to gear up in foul weather gear ready to sail. This was a thrilling experience as they all came off buzzing with the excitement of these shiny new boats.

Now was our chance. I had been waiting patiently all day to get the chance to sail. I have previous experience sailing keelboats as having been part of the keelboat academy at TS Rebel but this was a whole new experience.

I am very grateful for the generosity of Sir Stelios for providing the opportunity for many sea cadets like myself to experience and gain qualifications on these boats nationally. 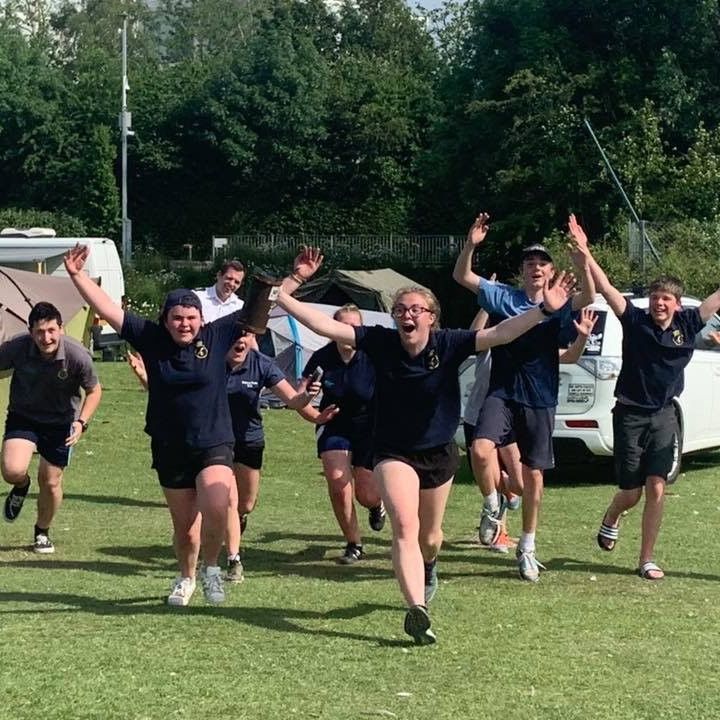 I joined Sea Cadets to have fun and meet new amazing people and this has definitely come true!

I joined not knowing anyone, and now I have life long friends and have had a blast on all the camps and courses that are offered.

I have been on camps such as the royal marines summer and spring camp - they were so fun! They ranged from fieldcraft to learning many useful facts about the corps, and I feel like it is good to inform many young people about the corps.

I've also attended the regattas which take place in the summer. They are really fun and a good way to make our unit bond and get closer to the people in other units. Plus, you get to enjoy the rowing and many other water activities Sea Cadets has to offer.

I would definitely recommend cadets to anyone as I feel like it is something that you will never forget and it will give you memories that last forever.

Sea Cadets has become like a second home to me -I know I can just trust and have fun with everyone.