Too many young people are getting lost in life. Together, we can change that and help them to launch well in today’s world.

The world moves so fast today, and the change can be exhilarating and life-opening, but also terrifying, especially for young people with less back-up at home.

Opportunities are there, but standing out from everyone else chasing them means having the very things that makes meeting any sea cadet memorable, even at the young age of 15 or 16.

‘Naysha is very sensitive. But here you have to pick yourself up. She’s become calmer. Better at making friends. She has a sense of self now, it’s not any more about what others want to do. It’s about confidence. About acknowledging you can fail, but you can still make the future right. ‘

Supporting teenagers who are struggling

Sea Cadets can give so much to young people struggling. The widening gap between rich and poor is seeing huge numbers of young people from disadvantaged backgrounds being shut out of opportunities because they cost too much. And 1 in 5 teenagers are now experiencing mental health problems like anxiety and clinical depression.

‘I didn’t talk to people much until here, as I’ve moved around a lot. I wouldn’t put myself forward at all, but now I talk to people I don’t know! I feel I can get along.’

Why are teenagers struggling?

Few children now play unsupervised out of the home with others, where they used to learn to often sort out problems for themselves, and to cope when the unexpected happens.

Meanwhile indoors, the ‘always on’ culture of social media, where everyone looks like they’re having a great time, can make teenagers feel a failure while putting on a brave face.

More families are fractured, and while most parents work incredibly hard to support their children, there can be a lack of guidance and role models at home. Some teenagers turn to gangs for a feeling of belonging and protection.

At school there is no respite. Young people are often persuaded that looming exams are their one shot at a future and if they fail all is lost. Higher education is presented as the only route to success, while there is fierce competition for internships and apprenticeships. 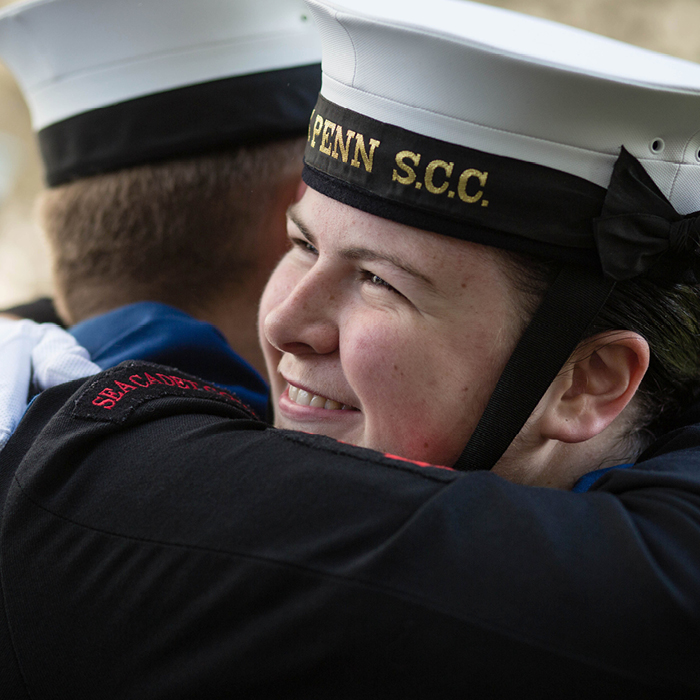 The prospect of leaving home and starting real adult life has now become impossible for most, especially in our cities, due to soaring housing costs. And the changing job market requires agility and adaptability that looks daunting.

‘I’ve seen so many kids come in so shy! We have one little boy who’s autistic who wouldn’t have looked me in the eye when he came, but that’s changed. It’s amazing how people settle in, it’s a big group of friends. If you’re rich or poor, if someone is too scared to do something, we’ll find another way for them to do it’

What you can help a teenager become at Sea Cadets

See how teenagers feel about the real life situations they find themselves in.