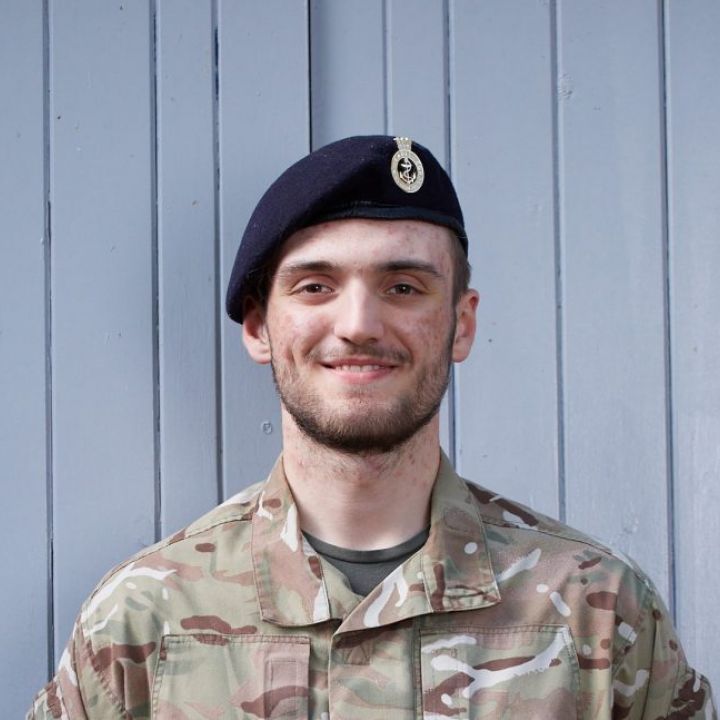 Where we belong - Part of the family

“I was born in Nowa Sól, western Poland. At first, it was difficult to adjust to life in the UK as I didn’t speak English and so it was hard to make friends. But as time went on, I got used to the school system and got on quite well. I am now fluent in English. I also speak some German and Spanish.

“I found out about Sea Cadets after watching the 2017 Remembrance Parade in Crewe’s town centre. I joined up the following week! Everyone was very welcoming at my first parade night, and I was encouraged to join in.

“I’ve now been a sea cadet for almost four brilliant years. Crewe Unit is like a family, we all look out for each other and help each other out.

“My Commanding Officer and the other instructors and volunteers put a lot of time and energy into making each parade night a success.

“Sea Cadets has helped me to develop my confidence – before joining, I was quite shy and anxious. Being a sea cadet has also taught me leadership skills and how to help others.

“My most significant experience was taking part in a district rowing competition. We didn’t win but the teamwork and team spirit we showed is what being a sea cadet is all about.

“I like how Sea Cadets allows you to participate in lots of different competitions across many different disciplines. I’ve made lots of friends through Sea Cadets and I’ve learnt a lot of different things, ranging from piping to first aid.

“I’m thinking about taking part in the Duke of Edinburgh’s Award next, as well as a Physical Training or an Engineering course. I hope to become a civil or automotive engineer one day, and possibly go on to become a Sea Cadets instructor.

“I’d like to say to anyone new in the country thinking about joining Sea Cadets: go for it! You will learn new skills, meet new people and grow as a person.”

“I was born and raised in England but I am of Nigerian descent. I speak English, French and Yoruba, one of the main languages spoken in Nigeria. I’m very proud of my Nigerian heritage – it’s a culturally diverse country with rich traditions.

“I have been a cadet for five years. I am currently the only cadet of Nigerian descent in my unit but I think the charity is very welcoming to cadets of minority ethnic backgrounds. For example, I remember some Sikh cadets who joined a few years ago. Their religion requires them to wear turbans, but this wasn’t a problem. They wore a turban in the same colour as their uniforms and put their beret badge on their turban

“My unit is a place where we can all learn and grow. We encourage each other to try new things”

“My unit is a place where we can all learn and grow together. We encourage each other to try new things. Being part of Sea Cadets has enabled me to gain many qualifications, skills and achievements. I have taken part in courses in Marine Engineering, First Aid, Kayaking and Adventure Training. Being a cadet has taught me a lot about teamwork and how to be an effective leader. I’ve made a lot of new friends. I also enjoy volunteering and social action projects and giving back to my community.

“My most significant moments with Sea Cadets have been at the 2019 Trafalgar Day Parade (pictured on the cover), becoming a Leading Cadet and receiving a Deputy Lieutenant of Enfield Borough award from the Mayor.

“I was very motivated to become a Leading Cadet as I wanted to be one of the first cadets of Nigerian descent to reach this position for my unit. I hope to be a role model for other cadets from minority backgrounds. And I plan to achieve much more – this is just the beginning!” 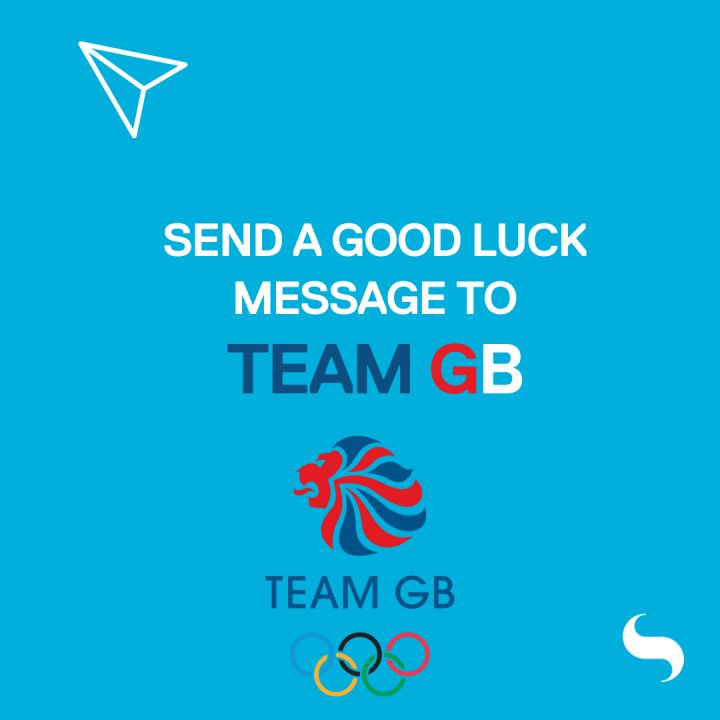 Send a Good Luck message to Team GB. Calling sea cadets! You’ve been asked if you’d like to share a message of support to the Team GB athletes for the Tokyo 2020 Olympics. A video montage of messages will be played to Team GB as they enter the Olympic village and your message could be one of them! You could also appear on the official @teamgb social media account.

Read on for how to submit your message. The deadline for submissions is this Monday at 9am, please send your video to Tokyo2020@ms-sc.org Instructions:

-Wear your No.4 uniform

-No longer than 15 seconds

-Filmed in landscape only (unfortunately portrait will not be considered)

-Please reference Olympics instead of Tokyo Olympics, as your message might be used again for the Winter Olympics!

-Make sure you are well lit, natural lighting is great, not too noisy in the background and you are not too far away from the camera or phone

-You can ask your unit to help! 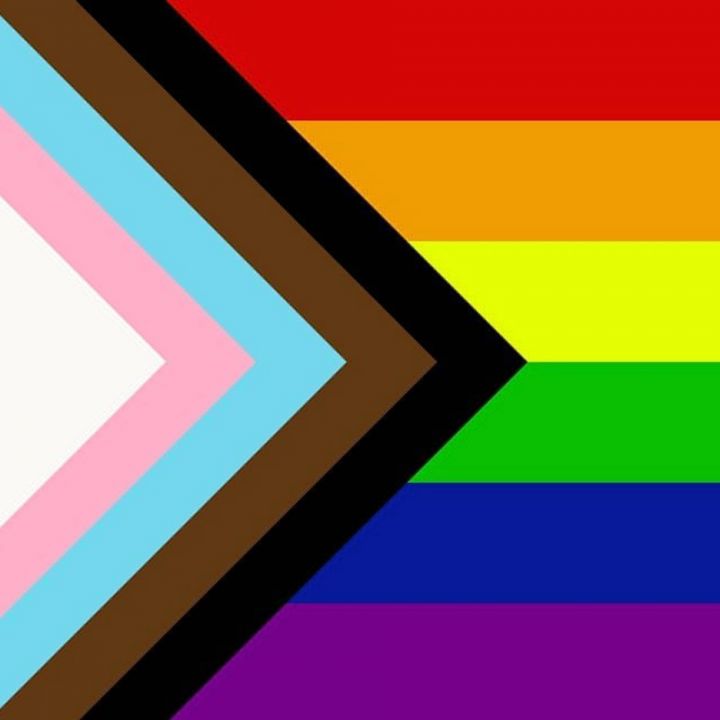 As part of our core values we are committed to diversity and inclusion. We are proud to support Pride Month and share stories from LGBTQ+ cadets across the Sea Cadets Corps. Thanks to Able Cadet Allen and volunteer PO Ollie Hain for sharing their story. Everyone is welcome at Sea Cadets regardless of LGBTQ+ status or gender identity.

"I joined Nottingham Sea Cadets in 2016 as a junior. I’ve had many amazing experiences as a cadet, if I could choose a highlight it would be training for the Eastern Area drill competition.

Ever since coming out to cadets in 2018, I have not been treated any different. I’ve always felt accepted. Cadets share something like a family bond no matter what; and being very supportive, it gave me such confidence to be who I am and come out at school as well.

If someone identifies as LGBTQ+ and is wanting to join Sea Cadets I would highly recommend it. Joining is truly life changing. The environment the volunteers and cadets create couldn't be more amazing. Being part of the Sea Cadets always made me feel proud."

"I joined Parkstone Sea Cadets back in 2012 as a cadet and I have stayed as a volunteer.

Since coming out to my unit I feel that it's made me better as a volunteer and everyone respects me, no matter what.

If I did not follow the Sea Cadet Corps values in everyday life I feel that coming out as pansexual may not have happened, honesty to myself has become a big part of me.

Being part of Sea cadets also supported me with my autism by giving me more time to complete my training to progress through the ranks, my unit knows me very well so I feel part of the team.

Sea Cadets is for everyone. No matter your race your religion or sexuality it's like one big family and has helped me to become a better man, I am proud to wear my uniform." 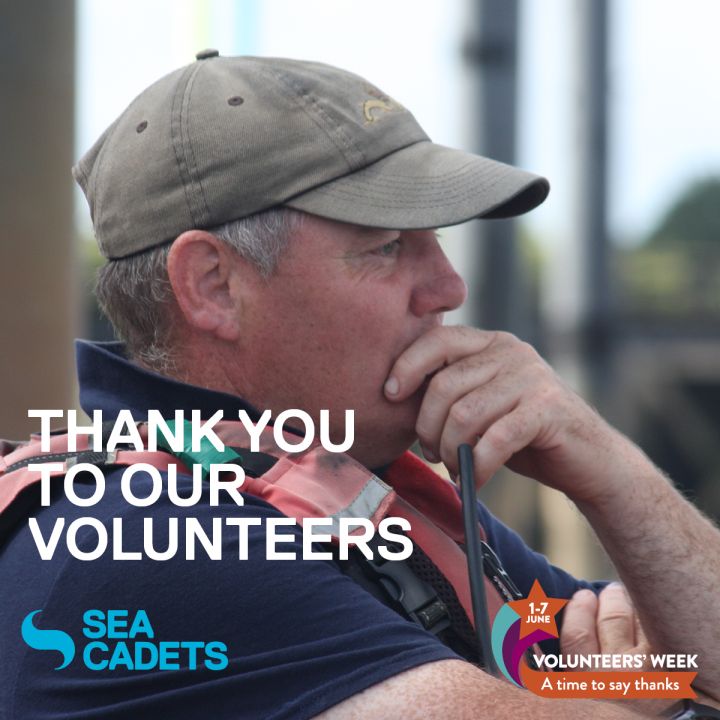 Today is volunteer voices day, not one volunteer experience at Sea Cadets is the same. Join the conversation on Facebook to hear from volunteers on what they do!

“Dave ran a successful unit as Chief Officer of Ashington. He held the post of District Officer Northumberland before becoming the Chief Instructor at Derwenthaugh. Dave gives huge commitment to the Boat Station and was awarded a Lifetime Achievement Award from the Royal Yachting Association (RYA) last year. He has been instrumental in getting cadets out on the water during the pandemic when restrictions eased and activity was allowed.”

The RYA says that “Dave is determined to encourage confidence on the water and has always been very approachable. If you have a question, Dave is the one to ask.

As well as attending teaching most weekends he started a sailing development programme which proved very popular with the cadets, soon producing some young assistant instructors.

BZ and thank you Dave for all you do for Sea Cadets. 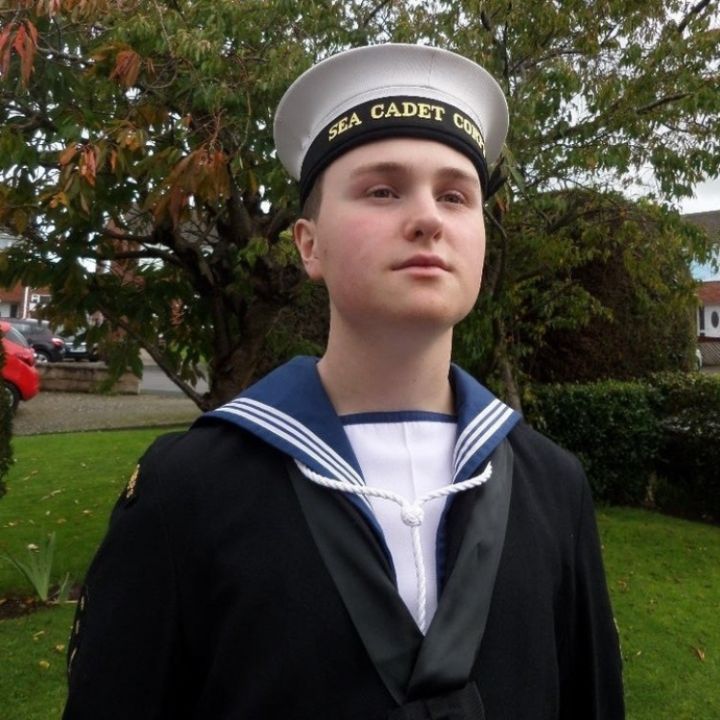 We’re proud partners of Power Of Youth day, a celebration of the contributions young people make to society through volunteering and social action as part of Volunteers Week 2021.

Just one of those cadets is John Challenger (BEM), awarded the British Empire Medal for organising virtual activities that engaged 300+ cadets weekly, organising a forum for young people to share their stories and discuss issues they were facing to come up with solutions.