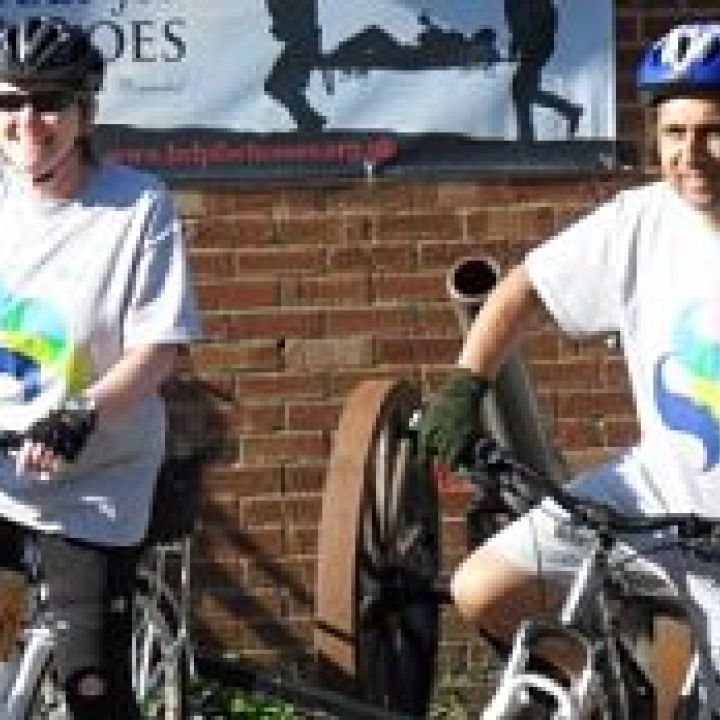 The team left Bath on Tuesday  morning and cycled  65 miles reaching Evesham by late afternoon and greeted with a warm welcome from the Unit hosts. The weather has been great and Captain Mark Windsor RN joined the team and two new riders from Portsmouth. The new team, fueled by an excellent breakfast at Evesham, made quick progress to Leamington Spa and Warwick, where the Captain then left to return to London. The rest of the team then cycled on to Leicester, a total of 65 miles for the day.  Thursday will see a ride of 70 miles from Leicester to Doncaster. 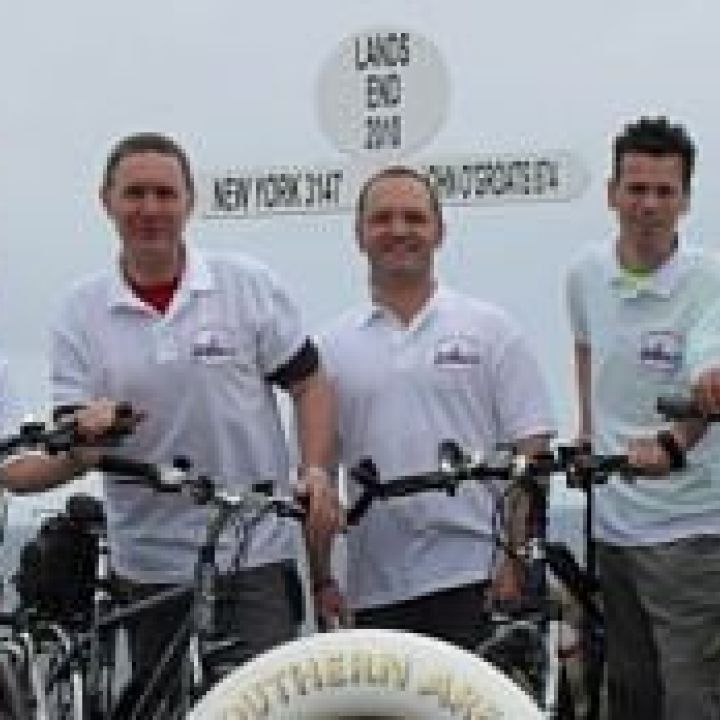 Also supporting us is TV presenter Paul OGrady, himself an ex Sea Cadet. He says;

“Cycling from Lands End to John O’Groats might be an unusually land based activity for a group of Sea Cadets but Id like you to dig deep and support them.  What you give will go to help more Sea Cadets get out on the water. “

Here is an update on progress over first three days from Area Officer Andy Giles;

LANDS END to ST AUSTELL : 53 miles; Everyone full of adrenaline and anticipation.

ST AUSTELL to EXETER: 70 miles; The hills of Cornwall are very steep, but the hills of Devon are seriously steep. A hard day but the view from the top of Dartmoor was splendid.

EXETER to BATH: 80 miles; After the previous day the Somerset levels were a delight and we motored through the 80 miles to Bath! 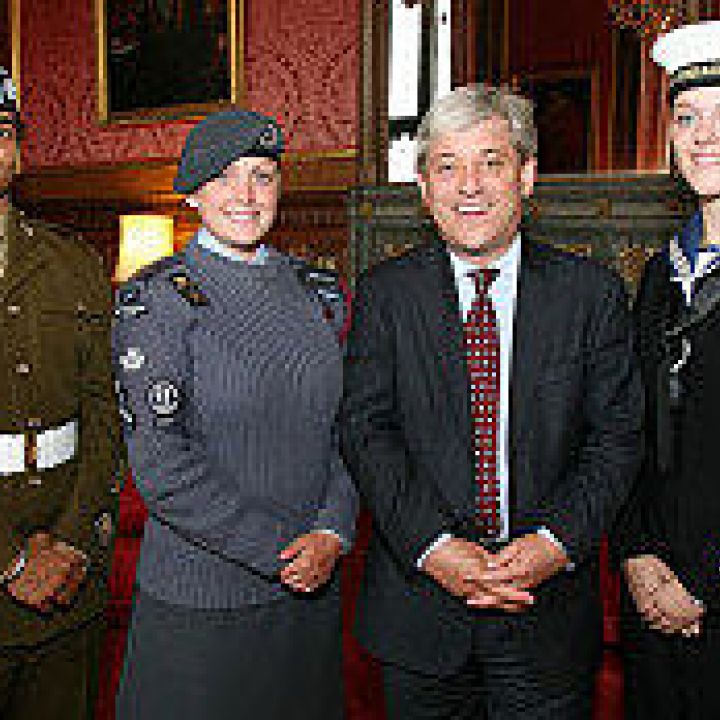 Cadets take tea with Speaker of House of Commons

As part of the Cadet 150 celebrations cadets and volunteers joined John Bercow MP, Speaker of the House of Commons on Monday 12 July when he invited them for a reception in their honour at the Palace of Westminster.

Cadets and volunteers from across the cadet movement mingled with Government Ministers and a host of Members of both Houses of Parliament. Also joining them was former Defence Minister, Rt Hon Bob Ainsworth MP.

PO Cadet Kerry Szmidt, 17, from Southwark Unit was one of three cadets who had the chance to share her experience of being in cadets and what it has meant to her when she spoke to the assembly. It was an incredible opportunity to get across to key members of Parliament just how valuable the cadet movement is for young people and what it can offer them in terms of skills for life and unforgettable experiences.

The host, Mr Speaker, explained how he decided to host the reception after one of his constituents impressed upon him how important it was to support the cadet movement. 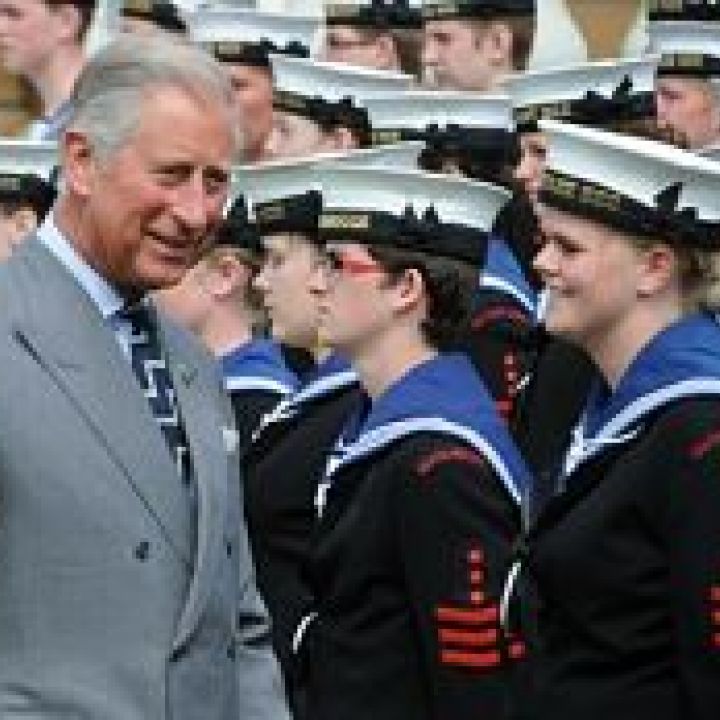 150 Sea Cadets led 1500 cadets from across the cadet forces down the Mall on July 6 as they paraded past HRH Prince Charles, who took the salute, in a celebration of their achievements and 150 years of the Cadet Movement. Two Sea Cadets had the opportunity of a lifetime when they took part in the Red Arrows fly past over Buckingham Palace as part of the celebrations.

This year the UK’s cadet movement celebrates a century and a half of supporting young people with 150 events all over the country to promote the movement and encourage people of all ages to get involved. 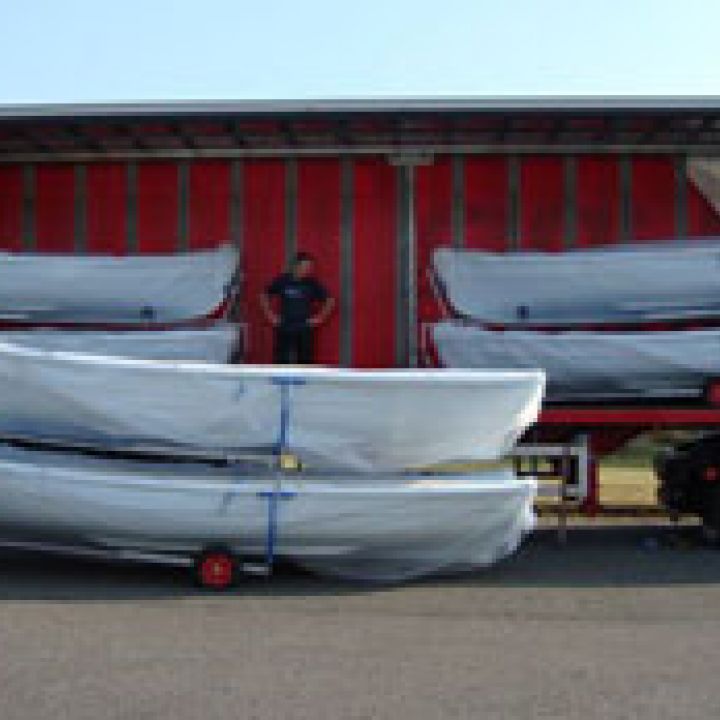 The Trinity 500, designed by Olympic yachtsman, Jo Richards, creator of Laser dinghy series is a 5.5 metre molded plastic craft; robust, lightweight, maneuverable, stable and ergonomically sound with very little maintenance costs.  It replaces the old Admiralty Sailing Craft, a wooden and heavy boat that saw many a cadet hidden from view by its high sides.

Its been described by the Captain of the Sea Cadets, Captain Mark Windsor RN as; ‘the single most important development for 40 years’ and will transform competitive pulling within the Corps.  Trinity 500 has been made possible by the very generous donations of our supporters and takes its name from Trinity House which celebrates 500 years.

The aim over the next five years is for Sea Cadets to have a flotilla of 500 boats. Manufactures, AC Canoe are planning a 24hr production programme which should mean that Boats leave the factory at a rate of 18 a week. The charity hopes to have the first 110 Trinity 500s on the streets in the next six weeks.