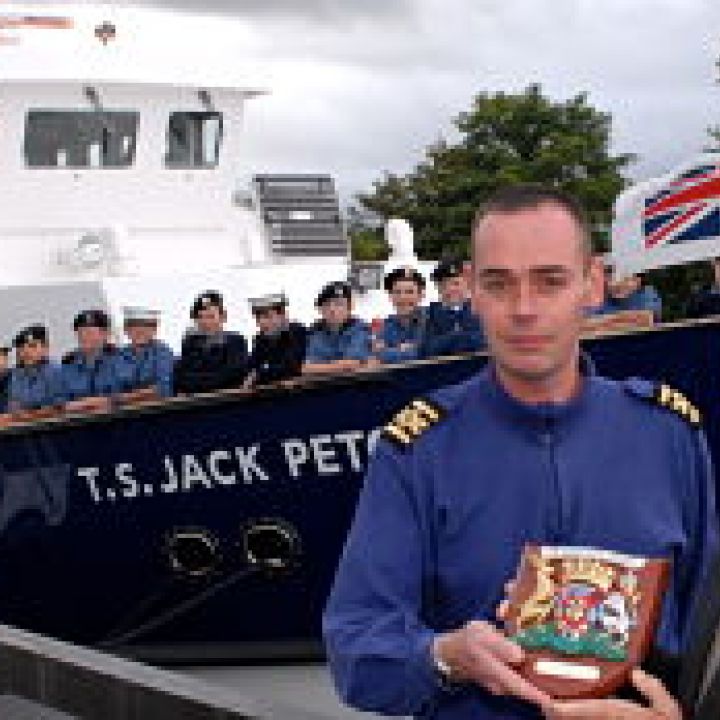 TS JACK PETCHEY, the new Sea Cadet power vessel made its first visit to Scotland on 12 August welcomed by Inverness Sea Cadets and the Provost of Inverness as it berthed in the Muirtown Basin. 80 well-wishers and friends celebrated the arrival with a  fund-raising barbecue!

The £2.6million power vessel is the sixth vessel in the Sea Cadet fleet and was named in honour of Jack Petchey OBE, whose foundation provided the lion’s share of the funding.

Tim Honnor, Unit Chairman, said “Inverness is proud of their Sea Cadets and the high standards they show to their City and we were thrilled to welcome the TS JACK Petchey, she is a great asset.” 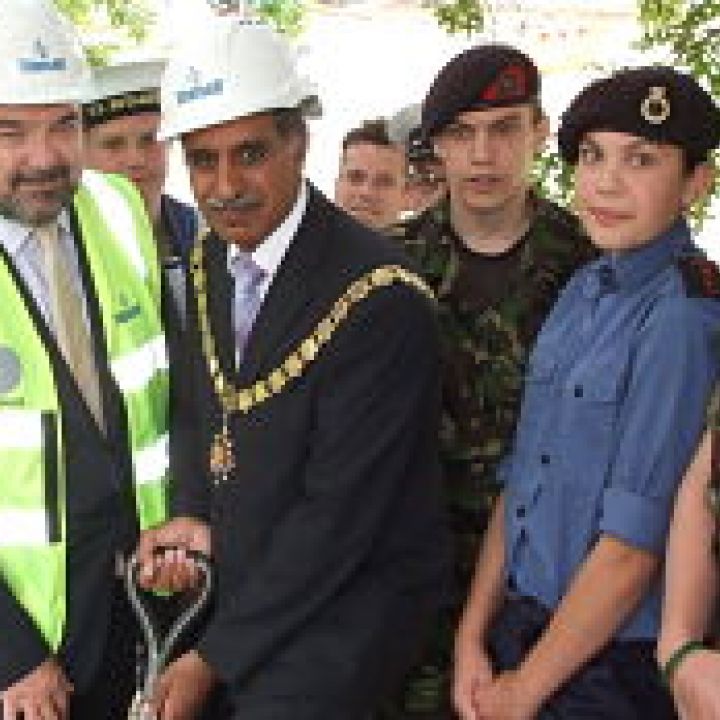 Woking Sea Cadets were joined by the Mayor of Woking, Cllr Mohammed Iqbal on July 30 as he celebrated the start of a major new building development which will see local Sea Cadets get an amazing new Unit. The £1.7 million build is funded by Woking Borough Council. The new two-storey building includes a special boatyard area with considerable boat storage. The new unit offers Woking Sea Cadets fantastic new facilities.

The new site is also perfectly positioned for sailing on Goldsworthy Park Lake. In addition it will provide valuable new meeting facilities for the Goldsworth Park community. The building project is part of a multi-million initiative by the local council to improve the area. 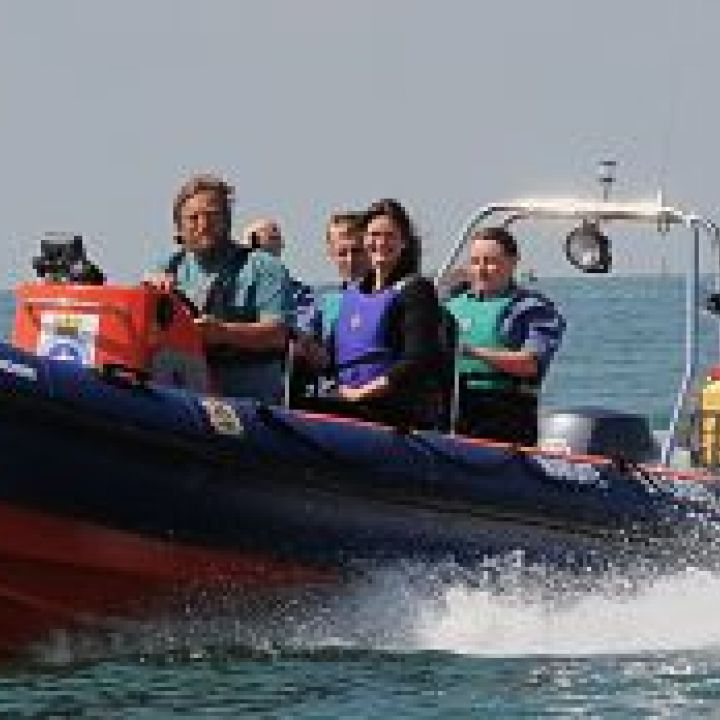 Margate Sea Cadets launched their new 6mt £30,000 RIB (Rigid Inflatable Boat) from Margate Harbour on 28 July. Local TV presenter Sarah Saunders officially launched the boat, named in her honour and was then treated to a whizz round the harbour in the vessel with cadets from the Unit. The boat was made possible by a ‘People’s Millions’ grant when the Unit competed successfully as runners up in the national competition to be selected. 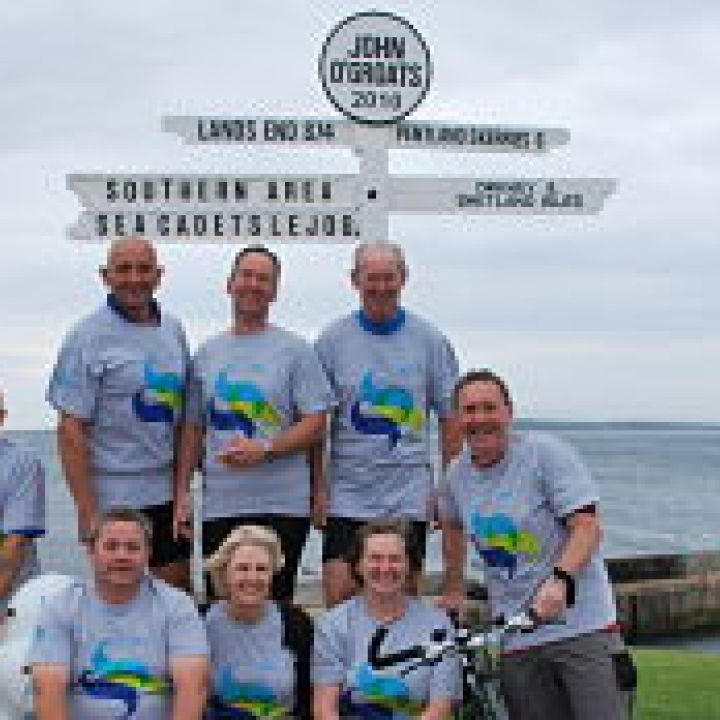 The Southern Area Lands End to John O’Groats cycling team triumphantly reached John O’Groats on Friday afternoon 6 August at 4.30pm having pedaled over 970 miles from Lands End. The abiding memory for the team will be the camaraderie, friendship and hospitality offered by the Sea Cadet Units along the route. From Penzance to Wick we were welcomed, hosted and looked after in a marvelous fashion by everyone. With just two punctures, one chain that came off and two minor falls the entire trip went extremely smoothly, and we were even blessed with a fortnight without any significant rain and very little wind. After a celebratory meal of Haggis, Neeps and Tatties prepared by Unit staff at Wick, they then had a 16 hour mini-bus drive back to the South Coast (thank you TS Alamein for the invaluable loan of your Unit mini-bus!). The team thanks everyone who has donated and encourage others to do so at; www.justgiving.com/SASeacadetsLEJOG All money raised will go to help more of our youngsters to experience life offshore or to take part in the excellent outward bound courses that we run in Snowdonia. 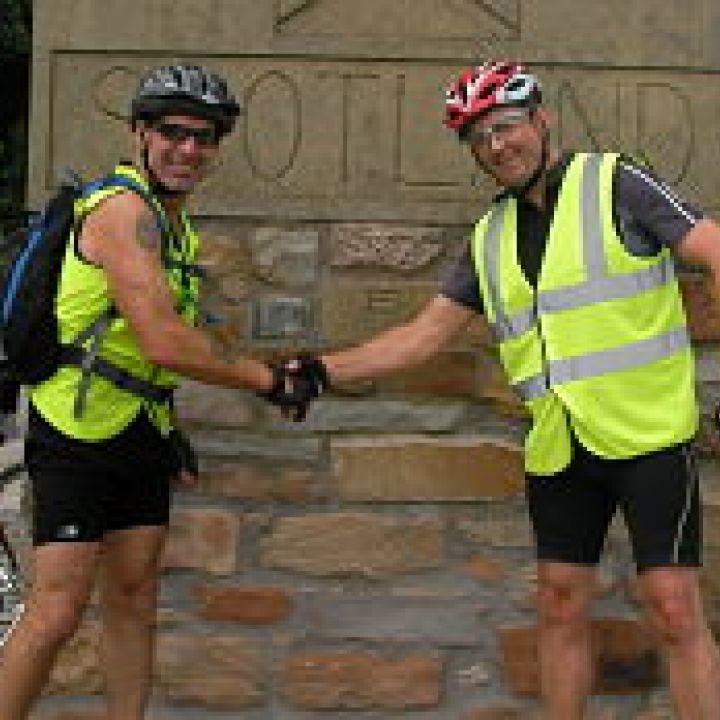 Milestone mark in the journey

The team has just crossed the Forth Road Bridge a milestone mark in the journey to John O’Groats!  The Sea Cadet Units on route have been fantastic in taking care of the team with cooked meals in the evenings and packed lunches for the journey next day. Next stop, Perth Sea Cadet Unit! The team head across the Firth of Forth on their way to the finish line. To support, donate here http://www.justgiving.com/seacadets/SASeaCadetsLEJOG