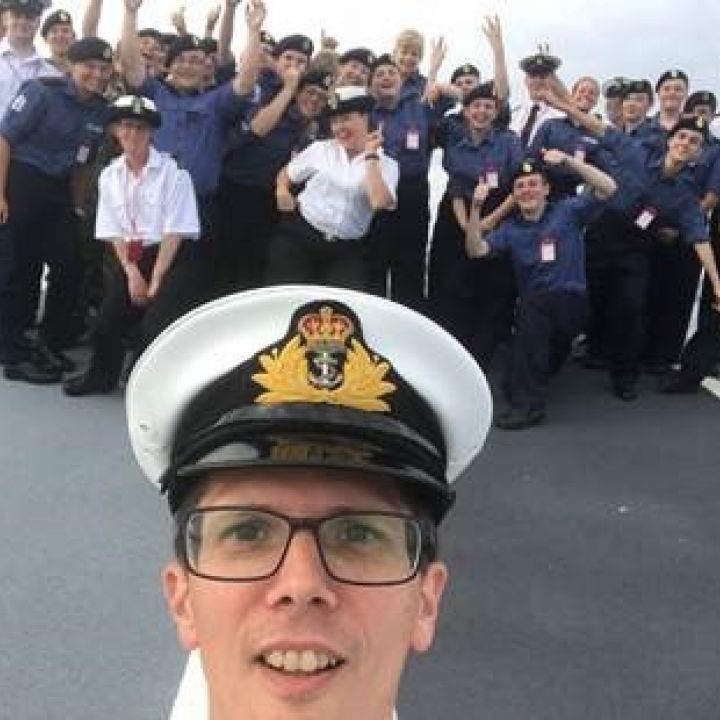 Sea Cadets London Eastern District (Cadets and Staff from Essex) made history as the first group of Sea Cadets to have an official visit on board the Districts affiliated Ship HMS Queen Elizabeth on Wednesday the 11th of July,

The day started with a visit and lunch to HMS Excellence with a briefing of what was about to happen. As the cadets and staff proceeded on board HMS Queen Elizabeth, they

were met by the Liason Officer on board and other staff who acted as escorts.

The Visit was kick-started with a briefing shortly followed by a presentation of a Picture of the ship to the District Officer LtCdr(SCC) Seb Rowland RNR. The District Crest was then presented to the AOO by the Lord Lieutenants Cadets of Essex AC Beth from Walton on the Naze unit.

Following that the cadets and staff had a tour of the Hangar, followed by a tour on board which included firefighting, operations room, medical centre, and the flight deck where pictures were taken

The cadets commented that they had a great day with most saying that it has been one their favourite days as a cadet.  The ships staff were very complimentary of our cadets and are very much looking forward to them coming back on board.

Thanks to the DO , district team and the liaison staff on board HMS Queen Elizabeth for making the visit happen.