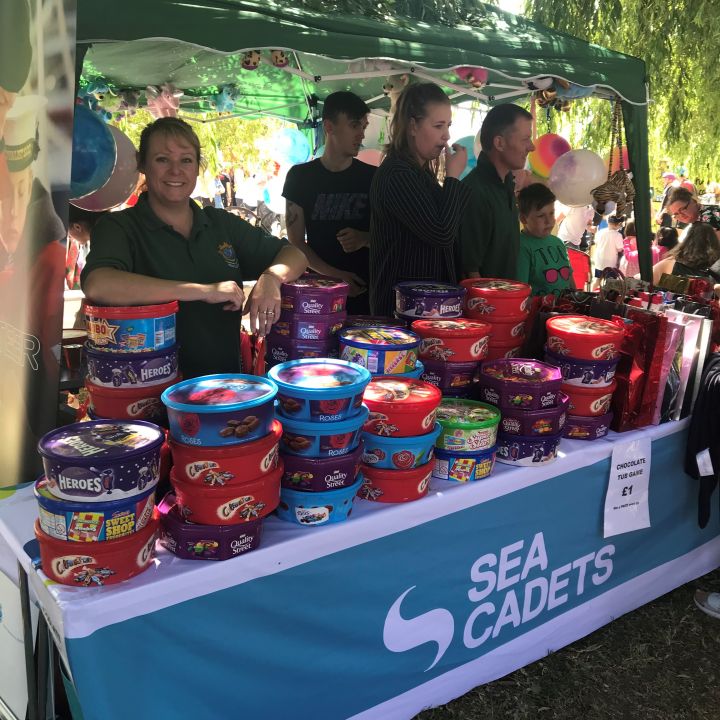 Stratford Sea Cadets had a hugely successful River Festival raising funds, interacting with the many visitors and enjoying all that the festival had to offer.

Cadets had been busy collecting chocolate tubs and bottle bags throughout the year.  These were filled with drinks and gifts for the very popular 'win every time' games.  Cadets joined staff and adult volunteers to man the stall and worked really hard on two very hot days, rasing an amazing £2000+. 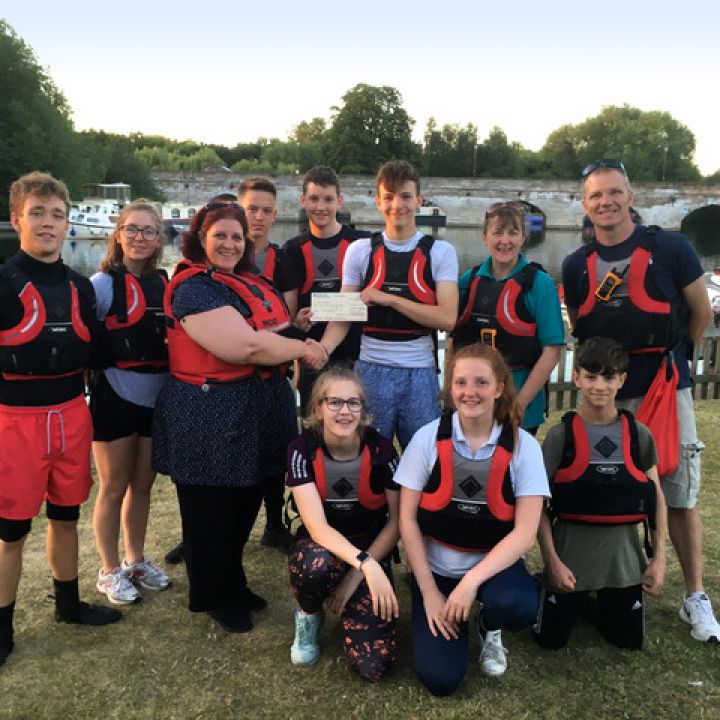 Stratford-upon-Avon Sea Cadets are delighted to have received a cheque for £1000 from former Mayor, Councillor Victoria Alcock, who selected the Stratford based youth organisation as one of her Mayor’s charities.

‘This donation is wonderful’ said Karen Drinkwater, Chair of Trustees ‘we have lots of plans for additional equipment and activities for our cadets and this will help us to fulfil these ambitions. We are grateful to Cllr. Alcock not just for raising the money but also for her tremendous support over the last 12 months, taking the time to visit the unit, getting to know the cadets and involving them in her own civic events.’

When delivering the cheque, Cllr. Alcock joined the cadets on the river for rowing instruction and also enjoyed a ride on the safety boat.

Cllr Alcock said ‘During my time as Mayor I learned more and more about the Sea Cadets and the valuable lessons which they teach. Not just safety on water but lessons in trust, friendships and respect. I feel so proud that they are part of our Town, and will look upon the time I spent with them all on and off the water as some of my best times as Mayor.’ 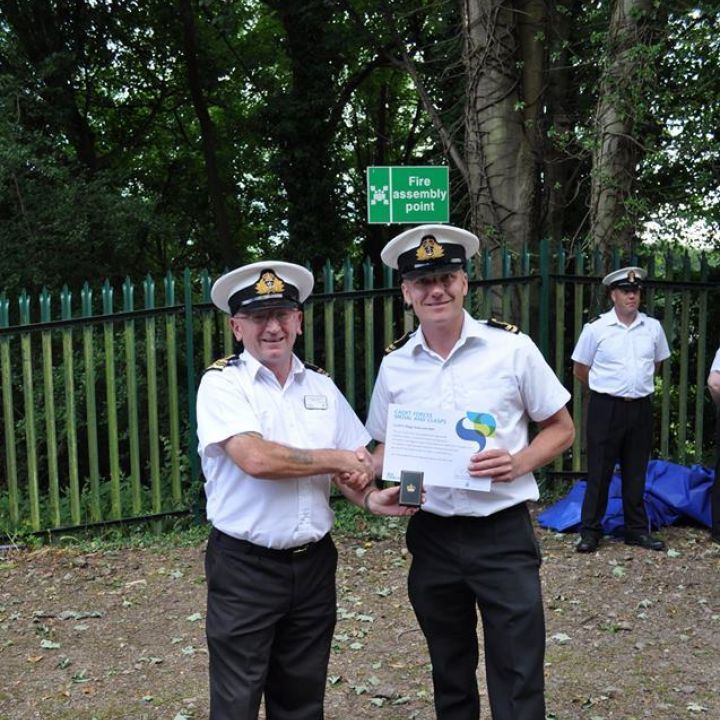 Congratulations to our Officer in Charge, Lt Roger Edmunds, who was awarded his Sea Cadet 1st clasp (for 18 years service) at the Warwickshire District Regatta 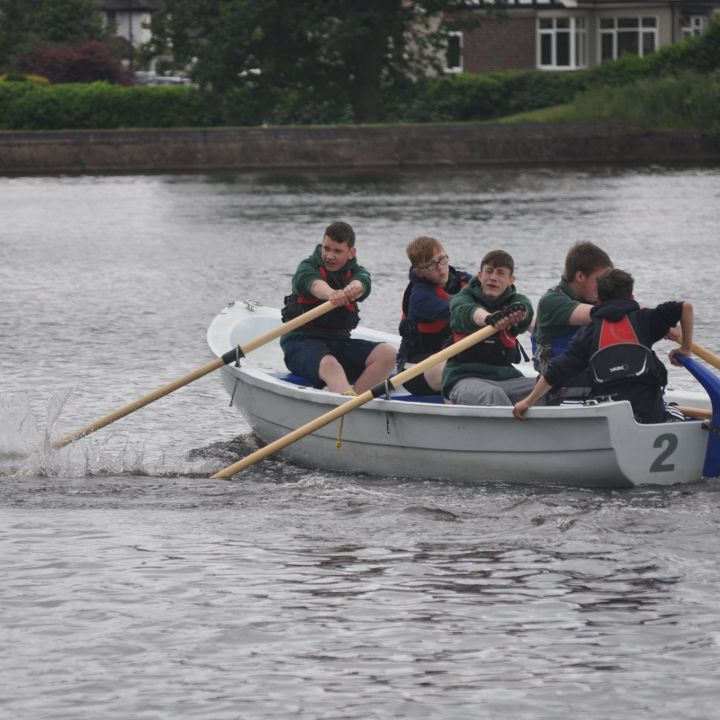 TS Gurkha travelled to Sutton Coldfield again this weekend to take part in the Warwickshire District Rowing Regatta.  Expectations wre high as we entered both open and junior races for boys and girls.  Despite a number of set backs with oars and a re-race all of the teams performed brilliantly with the girls winning Bronze medals. 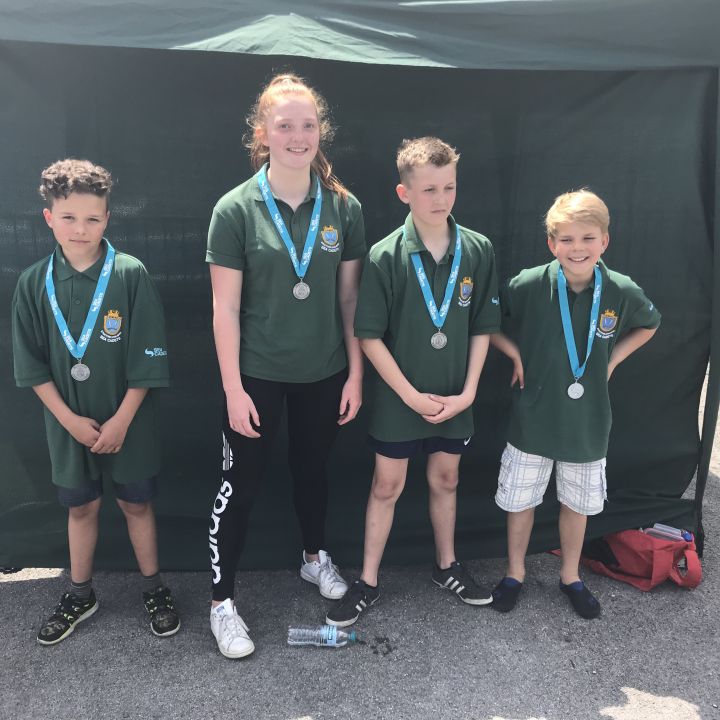 A huge congratulations to our Junior Rowers who won silver today at the Junior Regatta held at Sutton Coldfield.  Our team of juniors were accompanied by OC Edmunds.