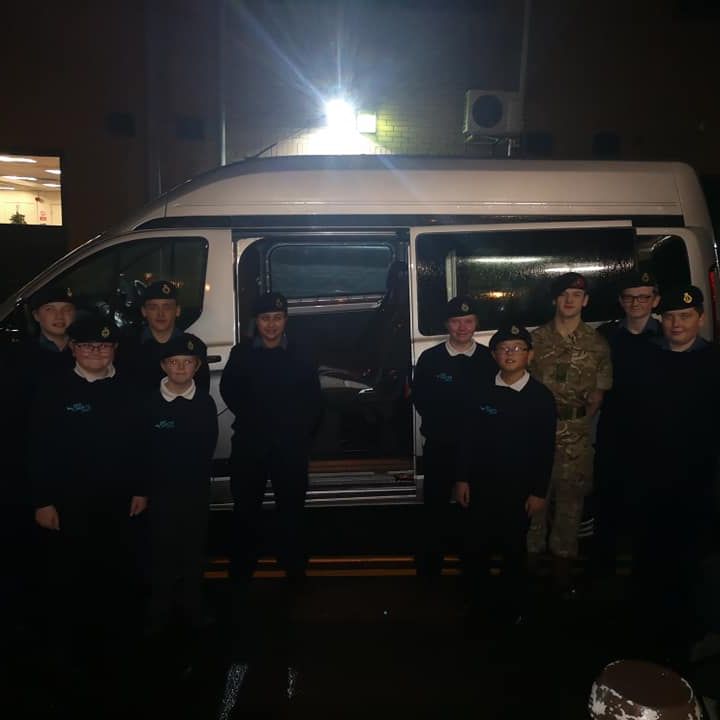 A new welcome addition to our vehicle fleet, a combi 9 seater minibus.

Thanks to RFCA for Wales for allowing us to purchase the vehicle, with the kind support of the MSSC Minibus Grant Scheme and an anonymous donation. 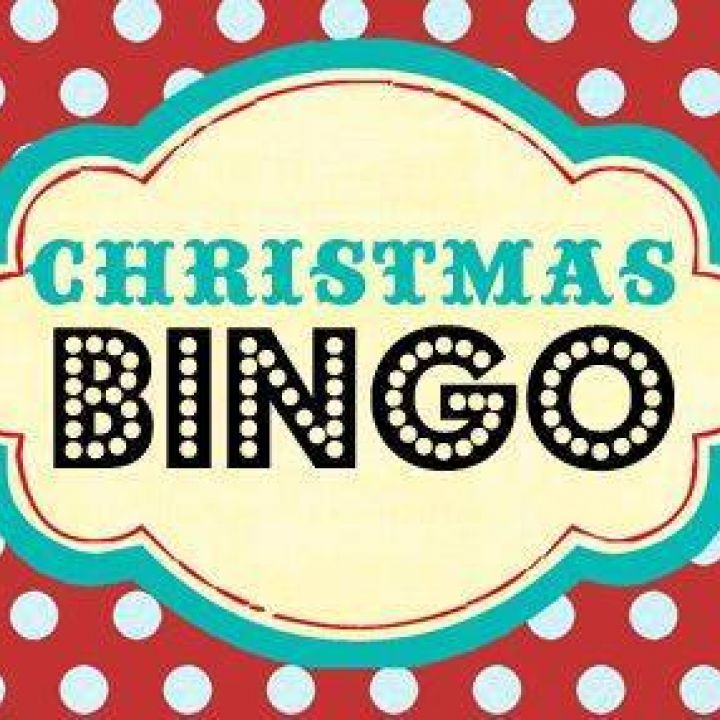 What a night!! Over 100 people supporting us at our Fundraiser. Tonight we raised over £1500.

This is amazing support and in particular, thank you to all the local businesses, our Parents & Supporters Association and anyone that donated prizes or spent time supporting the Unit in this fundraising task.

Thank you to the Pill Social Centre for hosting us and to our Chairman, Cllr Colin Sharp for being the bingo caller. 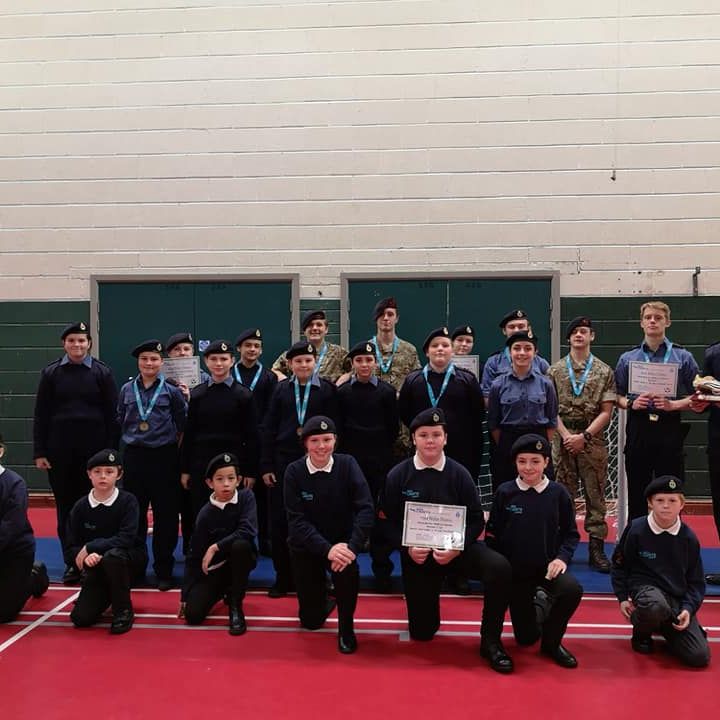 Congratulations and good luck to the winners at the Area competition in January. 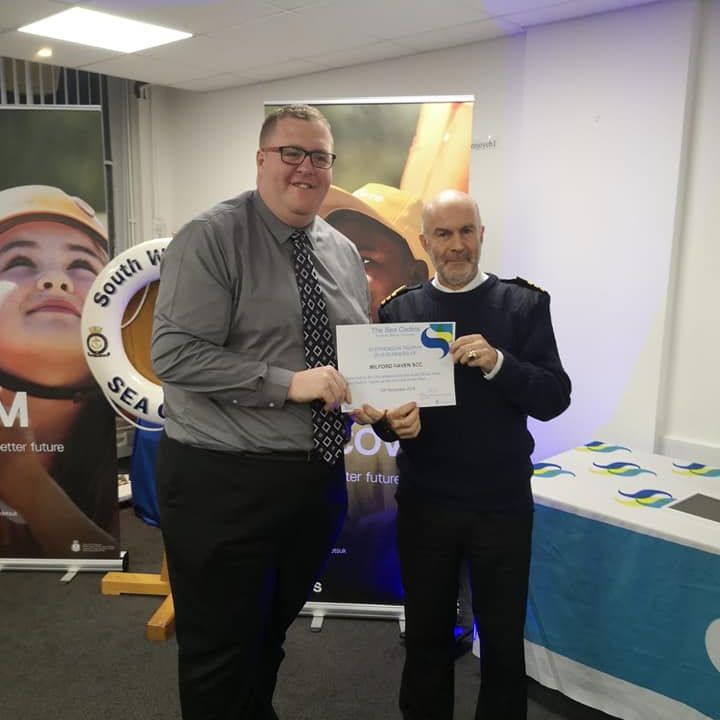 Annually every Area (6 in total) have an Area Conference in November.  During the annual conferences, it is an opportunity to celebrate the awards for the Area and the National nomination for awards.

At the South West Area Conference, Milford Haven had a very good run with awards, claiming the first ever awards for all 3:

Lieutenant (SCC) William Elliott RNR, the Commanding Officer comments, “I am rightfully extremely proud of the Unit and Royal Marines Cadet Detachment.  We have worked extremely hard over the years and to have it recognised for the determination and improvement here at TS Harrier is just amazing.  For my nomination, I am very honoured but it wouldn’t have been possible without the support of my amazing team of adult volunteers, committee members and parent’s committee, in addition to simply the best group of cadets.  Fingers crossed for the national awards, due to be released in the next 2 weeks”.

If you are interested in joining Sea Cadets or Royal Marines Cadets as an Adult Volunteer or Cadet, then visit www.milfordhavenscc.org.uk or search for us on Facebook or come along Tues & Thurs 6:30pm until 9:30pm every week. 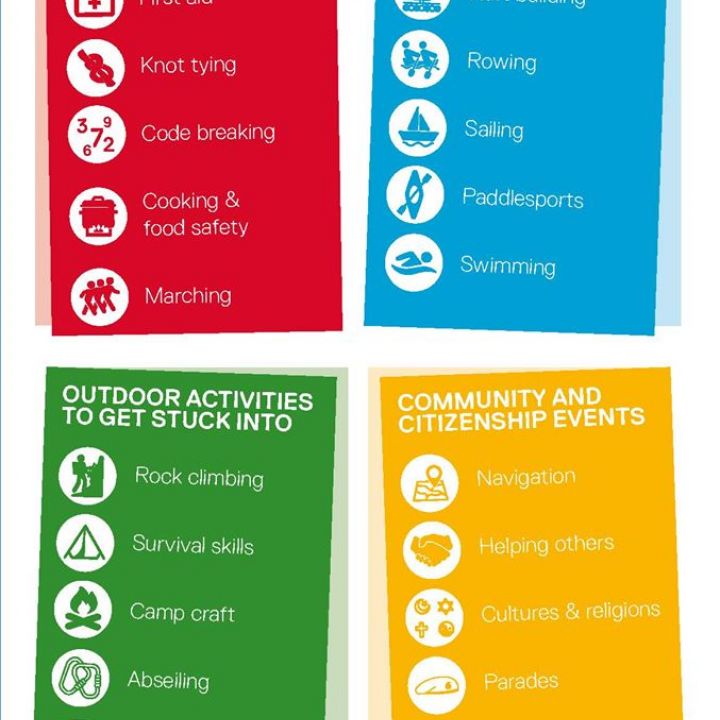 Due to the demand and uptake, we are starting a second Junior Sea Cadet Section.

This new section will meet every Thursday from 5pm - 6:15pm. This section will be open for 9 - 12 years of age. 9 year olds won't be able to join the normal evening section and so this is a good start to the organisation.

Thursday 14th November 2019, 5:15pm - 6pm. This will be an opportunity to get information about the Junior Sea Cadets and sign up to start.

We will look forward to seeing you.