The Sea Cadets will be celebrating their 160th birthday on 25th June 2016.

Ellesmere Port Sea Cadets Commanding Officer, Petty Officer (SCC) Arron Ainslie said "The Ellesmere Port unit known as T.S. Forward was commissioned in 1942 and since the unit opened has given thousands of young people in the local area a great head start in life through nautical adventure and fun. We are only half way through the year and once again our Cadets have achieved so much. Cadets have been sent on offshore voyages learning about life at sea, with a number of Cadets booked to go later in the year, we have helped in the community, provided musical support to various events and assisted cadets in progressing towards their chosen career." I welcome volunteers to come and join our team and see what we do for the youth of today".

The Preston Military Show is an annual open day that presents the public with the unique opportunity to have a look at the goings on of a working Barracks.  On Saturday 18th June Ellesmere Port Sea Cadet Band performed alongside other Military and Cadet Bands at the Annual Preston Military Show, held at 42Bde Fulwood Barracks.  The day was filled with lots of exciting displays, demonstrations and information stands. The day was an excellent experience for our Cadets and an opportunity for them all to see the life at a working Military Barracks.  Well done team

Ellesmere Port Sea Cadets have been presented with trophies, shields and certificates during their annual presentation night.

29 cadets received awards for their hard work over the past year at the ceremony held in their HQ in Appleton Drive, Whitby.

The event was also attended by Captain Peter Hutchinson, Treasurer for The Friends of the Sea who handed the cadets their awards and presented the group with a donation of £250. He was accompanied by the Senior Staff Officer of Sea cadets North West, Cdr (SCC) J EVANS MBE RNR and Mr Terry Robinson, Chair of the Sea Cadet Association Merseyside and Local Councillor Mr Tony Sherlock who also handed out awards.

PO (SCC) A P AINSLIE, the Unit’s Commanding Officer said: “The annual presentation evening is a time to reward the Cadets for their hard work and many achievements throughout the year.  The whole ships company should be proud of everything they have done this year as I am immensely proud to be your Commanding Officer” 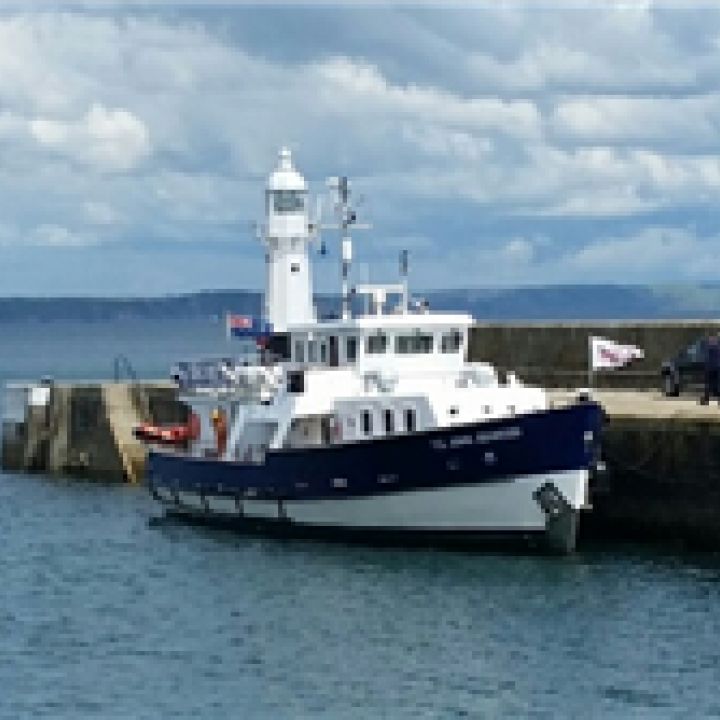 Three of our cadets and one member of staff recently went on an offshore voyage onboard the Training Ship John Jerwood. They visited Plymouth, Falmouth, Mevigessy, Fowey and spent time anchored off St Micheals Mount. The cadets gained experience in Navigation and bridge work, seamanship engineering and catering. All had a great week and obtained their Offshore Hand Level 1. Well done all! We are extremely thankful to the bursaries that the cadets received for £210 making the trip possible. 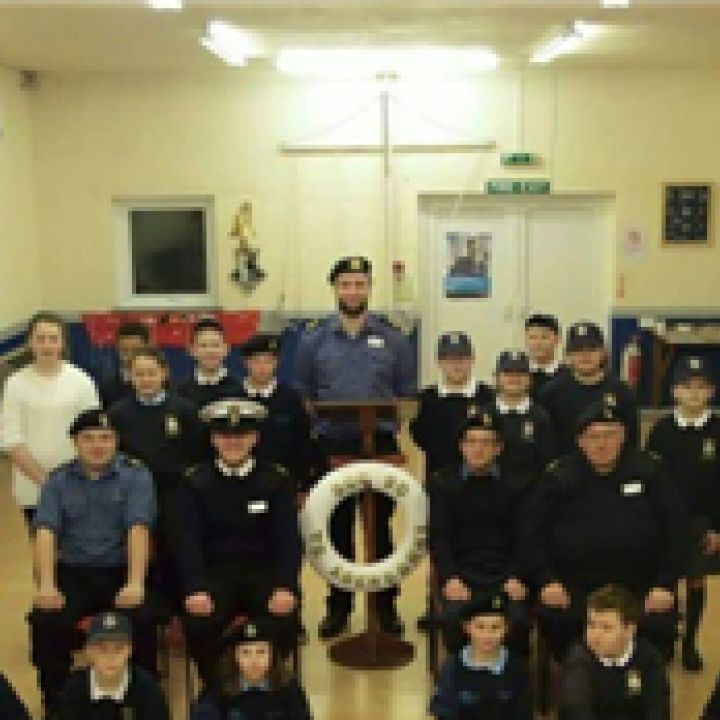 11 of T.S. Forward's Junior Cadets and OIC (Officer in Charge) Juniors P.O(SCC) R. Clay recently had a weekend at Conwy unit where they were kept extremely busy. They spent the weekend getting to grips with rigging and rope work, communications, galley safety, catering skills, map reading and expedition skills to name but a few. T.S. Forward is grateful to the great work of Conwy Sea Cadets our cadets had a brilliant weekend thank you.