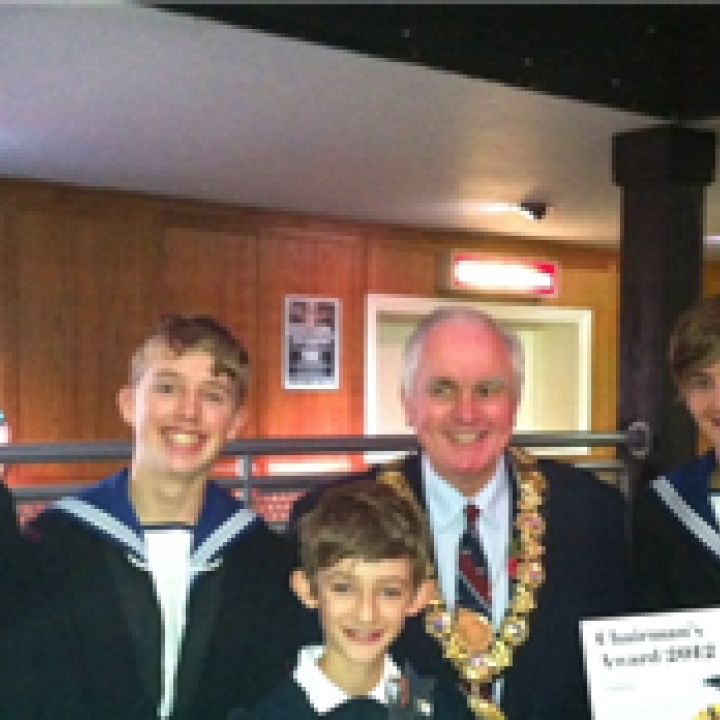 Salisbury Sea Cadets entered a float in Salisbury City Carnival, to help raise funds for the Mayor’s Appeal. We were subsequently awarded the “Chairman’s Choice” award , presented by the Mayor at an Awards Ceremony on Tuesday 30th October. More information in the fundraising section of the website. 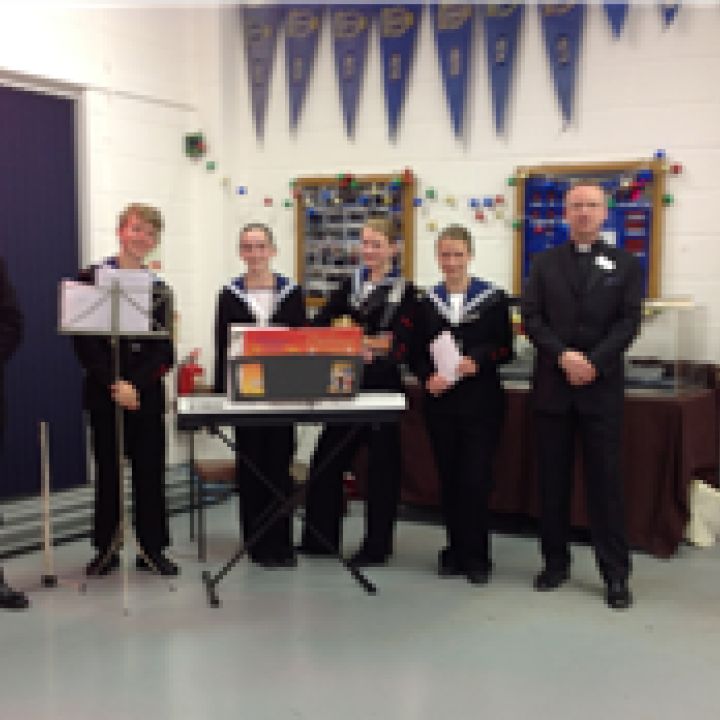 Held on the last drill night before Christmas, T S SALISBURY held their Annual Carol Service and Awards Ceremony on Thursday 13th December and all cadets, staff and parents went home on a” high note”.

With a break from the traditional routine for the event, this year the music was supplied by our own cadets, with Able Cadet James Twomey on flute; Able Cadet Anna Patterson on guitar; Ordinary Cadet Mollie Evans on keyboard and Ordinary Cadet Jo Hancock as vocalist.

The evening was introduced as usual by our Chaplain the Rev David Linaker of St Thomas’s church supported for the first time by our new assistant Chaplain the Rev Canon Tom Clammer from Salisbury Cathedral. T S Salisbury is very lucky to have two chaplains looking after it. A reading from the gospels, by Cadet Adrianne Muramo reminded us of the real meaning of Christmas and this was followed by a little good spirited rivalry when the male singers tried to outdo their female counterparts in a rendition of Good King Wenceslas, but the final result was diplomatically declared as a draw by Canon Clammer.

Following a break for refreshments of mince pies and biscuits, supplied by the parents association the Commanding  Officer Lt Commander Clive Hackett introduced the awards ceremony. He started by reminding everyone of the difficulty in selecting cadets for awards as all cadets were worthy of recognition for all the dedication and effort put in throughout the year. However, those who represented TS Salisbury on various courses and at many events were given vouchers as a token of special appreciation. Awards were given for:

Best attendance at drill and training ( Cadets and Juniors);Best overall cadet; Qualifying at specialism courses; Boat-handling; Winners at national rowing championships; Gold medal winners at swimming and recognition for senior cadets who have gained their PO Cadet rank and come back to TS Salisbury as staff.

Lt Commander Hackett finished with an announcement that T S Salisbury have just ordered two new Yoles with launching trolley and road trailer along with many sets of oars, thanks to a successful Grant Application to Sport England. We look forward to receiving our new boats and again cadets are queuing up for a place on the training squad.

All in all the Carol Service was a resounding success and no doubt we will have more cadets queuing up to join the musical ensemble next year .What a wonderful end to our year at T S Salisbury! Well done everyone .

Once again Salisbury Unit has a successful couple of months.

There are several disciplines of boating the Sea Cadets do, with competitions in most of these including, sailing, power boating and rowing. Salisbury Unit always odes well in these and this year was no exception.

All of the winning teams went forward to the Southern Area Regatta at the beginning of July. At this stage the competition gets tougher.  The Junior girls, Open Boys and the Rowing Boat Handling teams all WON. This meant that teams from Salisbury Unit would be once again representing Southern Area at the National Regatta in London. The remaining teams from Salisbury finished runners up. So everyone went home with either a Gold or Silver medal. Well DONE.

So at the beginning of September we went to the Excel centre in London to compete on the Royal Victoria Dock with the best from all corners of the UK. This meant that our teams now in the final 7 in the UK in each event.  So after lots of very hard working and training the cadets received their rewards,

So again everyone went home with a medal, WELL DONE