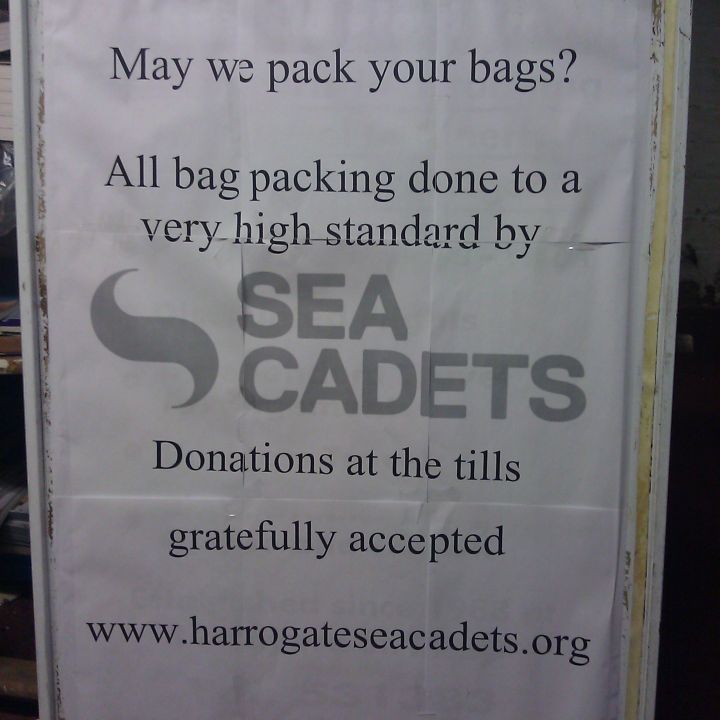 Cadets, Parents, Officers and PO's all put in a huge combined effort over a 4 hour period to man and woman every till and every door or play carols outside in the freezing cold to raise a massive £ 535 towards Unit funds. This was the best EVER single days bag packing we have undertaken and shows that committment brings sucess. Well done to all and a special thanks from our treasurer who is now a happy man! 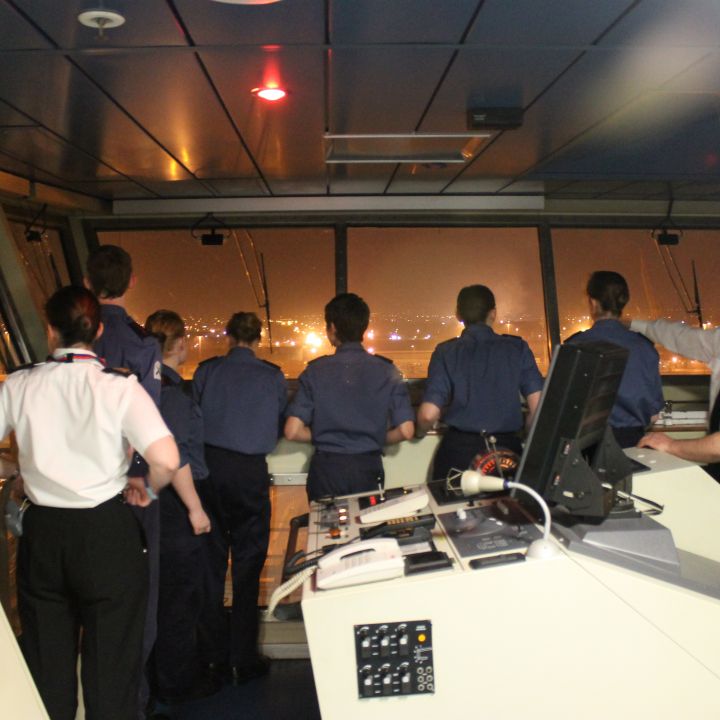 Trip on The Pride of Hull

We set off on our journey from Harrogate to Hull on Wednesday afternoon. After arriving in Hull we were greeted by the friendly staff in the terminal who provided us with our boarding cards and room keys. Once onboard we went to find our rooms and changed into our uniform. We then went to the buffet restaurant to have our first meal – it was delicious. After dinner we went to meet the Captain of the ship who escorted us to the bridge, he gave us an excellent talk about how the different things worked on the bridge. We were then divided into two groups – our group stayed on the bridge to watch the ship sail out of Hull.  The Captain switched all the lights off in preparation. Whilst sailing out to sea we encountered a lot of other traffic in the estuary, we had to change course a few times to make sure we didn’t crash! We stayed on the bridge for about an hour whilst we sailed out of port watching all the staff working under the instruction of the Captain.

After this we were allowed to get changed into our plain clothes and go exploring the ship. We went to the Sun Deck and had a look around the shops on board, we met Jonathon on our travels who worked in one of the on board shops – he was really nice to us and answered all our questions. We also went to listen to the entertainment in the lounge. We chatted to some of the other passengers on board as well.

We were woken by the bing bong lady on board the ship as she did her morning announcement. We got into our best uniform and headed into breakfast, once again this was fantastic, we filled up on Bacon, Eggs, Hash Browns and Beans. After this we headed off the ship to get the bus to Amsterdam.  This was quite a long a long journey but was worth it when we got there.  We went to find what we could do and ended up on an American style school bus to take us on the guided tour of the city – this included some free headphones, hooray! Whilst on the bus we saw lots of Amsterdam’s sights, canals, canals and more canals! There were of course other things to see the Hermitage Museum, Van Gough Museum, Heineken Brewery and Madame Tussauds. The bus stopped along the way at the diamond factory – think this was more for the girls than the boys! We did however get to see lots of diamonds, not only in display cabinets but up close too.
After the bus tour had finished we went to have lunch – Ham and Cheese toasties, very nice. Once lunch was over we split into 2 groups – the first group headed towards Anne Frank House, this was a moving experience for us, a fantastic opportunity to see such an integral part of history. The second group went to look around the shops to buy themselves some souvenirs. We then headed back to the coach to get back to the Ship. We enjoyed our day in Amsterdam but by this time we were freezing!

Once back on board the Ship we once again went for a yummy dinner J afterwards we split back into our 2 groups, tonight was our turn for a tour around the rest of the ship. Our guides for this part of the tour were Jason and Debbie who had excellent knowledge of the whole ship. First Jason explained to us about how the emergency procedures worked for landing a helicopter in case of an emergency. He explained that without the helipad passengers would have to be winched off the ship – no easy task! After this we headed to the funnel – this was fantastic, it was really hot on this part of the ship and super noisy! We stuck our head out of the side of the funnel and must have been spotted as the other passengers reported people in the funnel to Debbie! We headed to the lifeboats after and learned about how the helter-skelter system worked to get the passengers off the ship – we would get to have a look at one of these later on. Afterwards we moved to the Jail – well it wasn’t a jail, they were called ‘meditation rooms’ but were where the ships company could secure any unruly passengers. Although we went in for a visit we wouldn’t have liked an overnight stay!

We stopped briefly to say hello to the dog in the kennel then headed to the helter-skelters. We had a look at the security cameras and
were amazed at how clear the pictures were – we knew not to be misbehaving now! We popped in tried on some lifejackets before
taking quick look at the medical room – including learning briefly how a defibrillator works. Now we were given some free time and the ships company very kindly arranged for us to have our own cinema screening – we watched X-Men, think the boys enjoyed this more than the girls this time!

Up at 06:00 ready to go to the bridge at 06:30 – the Captain had very kindly agreed to let us watch the ship come alongside in the harbour. We saw the sunrise and marvelled at how he managed to spin the boat around and get it so in was in the right place, all ready to set sail once again. One final fantastic meal in the restaurant and then time to get off L We really enjoyed our time on board the Pride of Hull, the whole team made us feel very welcome from start to finish, we hope the they enjoyed having us on board too and maybe one day we will be lucky enough to go on again.