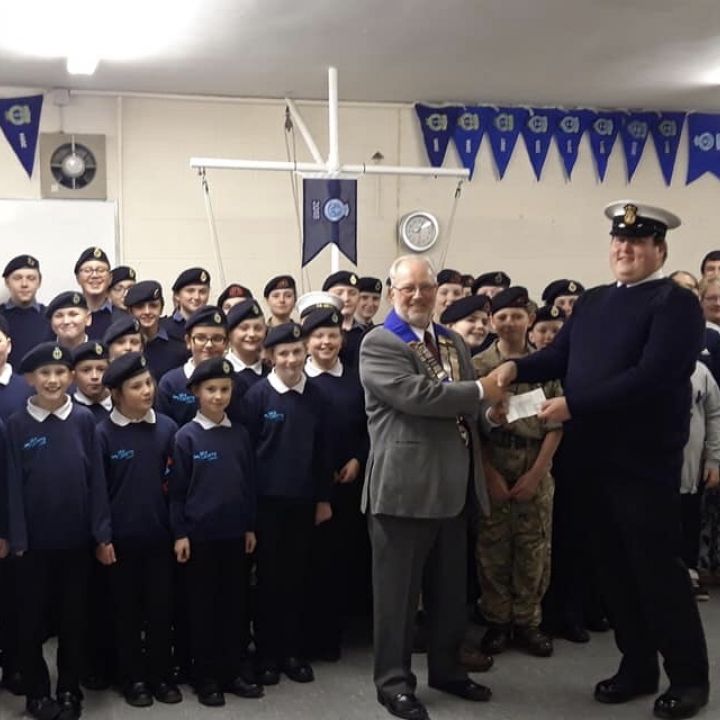 On Tuesday 13th November the unit was visited by Malcolm for the Grimsby Institution of Engineers and Shipbuilders who gave a second generous donation of £200.

The Grimsby Institution of Engineers and Shipbuilder are disbanding and as such we were chosen to receive funds.

Malcolm has a family tie to the Sea Cadets with his grandson being a cadet.

We are greatful for the donation enabling us to continue to deliver the experiences for generations to come. 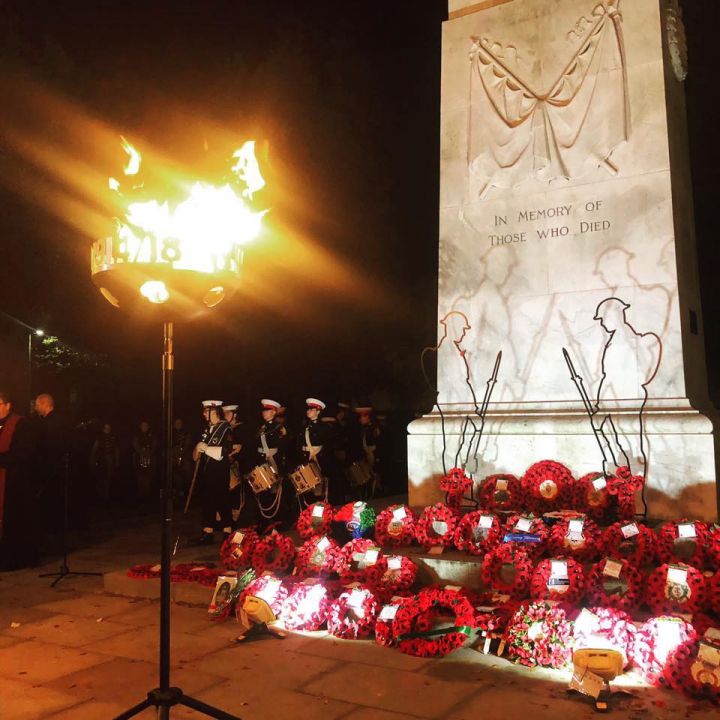 Grimsby and Cleethorpes Sea Cadets had the hounour of taking part in numerous activites on Remebrance Sunday the 100th anniversary of the end of WW1.

The parade was lead by the unit band from Grimsby Minster to the Grimsby Cenotaph where a servce was held a wreaths were laid. The band then re lead the parade to the TA Centre on Westward Ho where refreshments were availble.

Later on that eveing the band and platoon reformed at the cenotaph to take part in a nation wide beacon lighting ceremony. The band was asked to play in intervals along with the local Pipe Band. Meanwhile in Cleethorpes we were represented and laid wreaths from both the Grimsby and Cleethorpes Sea Cadets and Royal Marines Cadets.

The cadets did themselves, the unit and the town proud with their dedication and high standard for the act of remembrance. 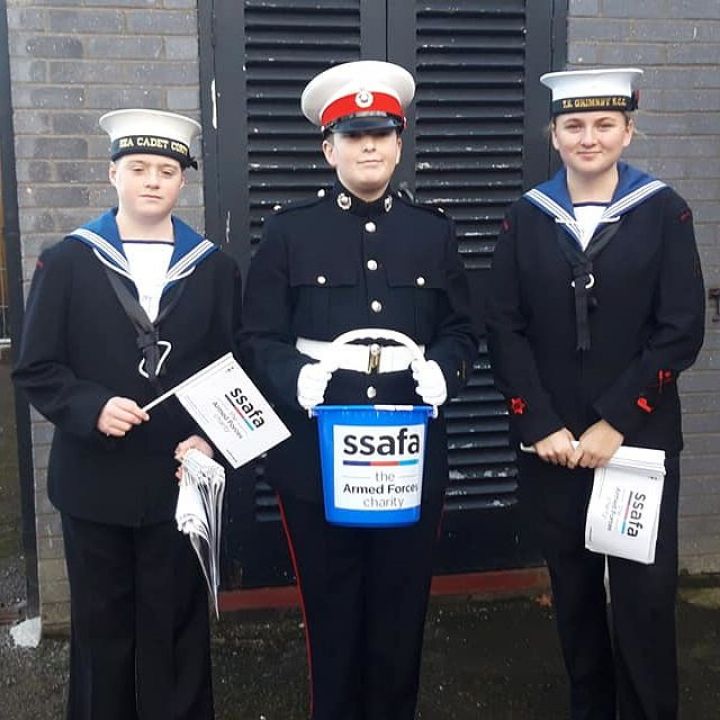 A Day at the Match

On Saturday 10th November the cadets were out in force at the home game of Grimsby Town Vs Milton Keynes rasinig funds for the SSAFA.

Cadet were stationed on each entrance and were giving out flags to both the home and away teams along with holding buckets for collections.

The cadets watched the match and cheered on the home team to a 3 - 1 victory.

At the end of the match the cadets were back at their stations hading out foam planes and back collecting.

Mark Trainor (Publicity Officer for SSAFA Lincolnshire) said he was 'Greatful for all the cadets help.' He also commented on how smart the cadets looked and the professionalism. This was a delight to hear especially as Mark is ex-navy himself. 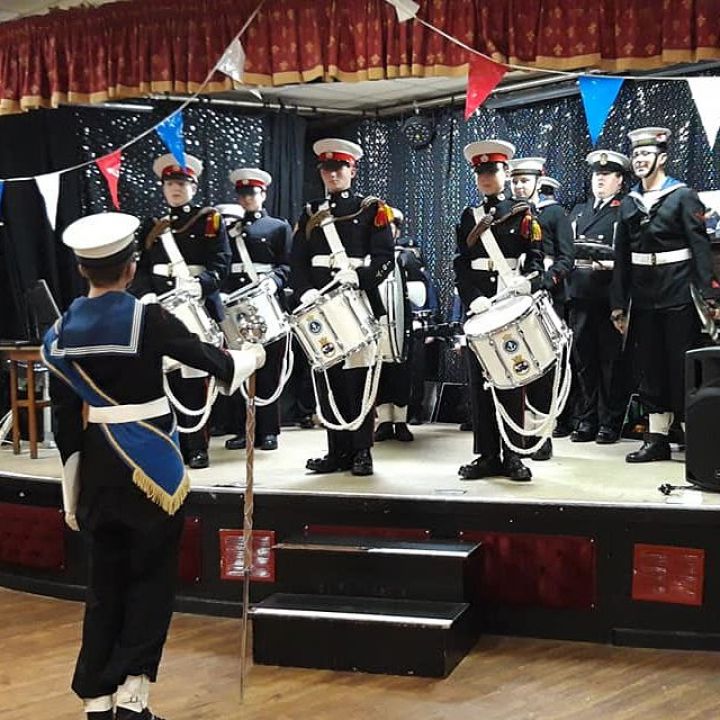 Another Day Another Event

The Band played at the Brids Eye Club on Thursday 8th Novemeber 2018 for thier members as the entertainment for their event.

The band played a routene that was well recieved by the audiance with many positive comments by the members and organisers.

We would like to thank the Brids Eye Club for their invitation and to their member for the generosity as a collection bucket went round.