A Year In Review

As the year draws to an end, I think its worth a look back at all the great achievements that our cadets and staff have made.

January started off on a positive note. Work started on our new building, albeit we were only in the unit for a few weeks as we had to relocated to the local Scout hut and then, Shepperton Cricket club, whilst ground work was carried out in order to move the high voltage cable that lay underground.

February saw us still at the Cricket club, but this did not dampen our enthusiasm, as cadets were treated to a visit to the London HART response station. Late February saw us return to the unit after the ground works were completed.

March saw us start to prepare for the waterborne season and plans were starting to emerge as to how we can get as many cadets out on the water as possible. All those that needed their swim test was carried out and in order to facilitate this, we sort the use of the Xcel Leisure Complex. Then came along the Pandemic, Coronavirus saw the unit close in order to protect our cadets and staff. The team got to thinking and a plan was devised so that we could still continue with Virtual Parades.

Throughout April, May & June, we posted work on Google classrooms and with the use of Zoom held online parades. During these months, we were able to cover off over 150 modules and saw 11 cadets getting promoted. A huge achievement and one that could not have been done without the hard work of our fantastic instructors that prepared the session, then marked them. We also took up offers of virtual activities provided by the Sea Cadets, which saw even more qualification being gained by not just our instructors but that of cadets too.

July saw us start to prepare the unit for our return to parading. Again, a huge amount of work had to be done behind the scenes, preparing and producing risk assessments in order to make our unit Covid secure, so that we could return to the unit.

Towards the end of August, we started to get our approvals for returning to parading and a plan was then developed so that we could get you all back to the unit. This did have its difficulties as we could only allow a maximum of 15 cadets and staff in at any one time.

Hurray, September and we are finally reopening the unit, albeit with smaller sessions, but it was a relief for all the staff to finally get to see our cadets. More good news also came along as the foundation footings for our new building were due to start.

October and as the night had drawn in, our activities outdoors stopped, but we continued with indoor sessions, again with reduced numbers. Building work was gathering momentum as by the end of October the footing were all completed. We took this opportunity to hold our first open evening for potential new cadets that had applied to join during us during lockdown. We also learnt that our current Commanding Officer PO (SCC) Kelly would be stepping down as Commanding Officer. PO (SCC) Ball was announced as the new Officer in Charge.

November, the country was then again placed into another lockdown, but thankfully this did not prevent us from opening. November would normally have been a busy month with numerous ceremonial parades and community events to attend, but again Coronavirus put an end to these events and activities. We did however get to remember those that had lost their lives in numerous conflicts as 5 of the team paraded individually at Walton, Shepperton & Sunbury, each laying a wreath on behalf of everyone from TS Black Swan. Work started on the flooring structure of our new building.

December and we continued with our smaller parade nights which culminated in our final week with 3 film nights and a special thank you goes to Mrs Akers, who leads our P&F for putting this together. Then can the news that nobody wanted to hear. A new strain of Coronavirus was sweeping across London and the South east and new restrictions were put into place meaning that we would have to cease all activities. This did not really affect our parade nights, as we had closed for the Christmas period, it did however put pay to our instructors going on their development courses. The flooring of our new building was complete and we look forward to seeing the structure being erected in January.

So, there you go, whilst a very difficult and challenging year for everyone, with the efforts of our fantastic instructors and cadets, we managed to get something out of 2020.

Throughout the year our UMT have been working hard behind the scenes applying for and securing grants, which we will help enhance what we do, just as soon as we can get back to parading in the new year.

As it stands, I do not have any information on what is going to happen in January, but as soon as we do, we will communicate this to you.

All that is left for me to say is “have a very Merry Christmas, look after one another and stay safe”! 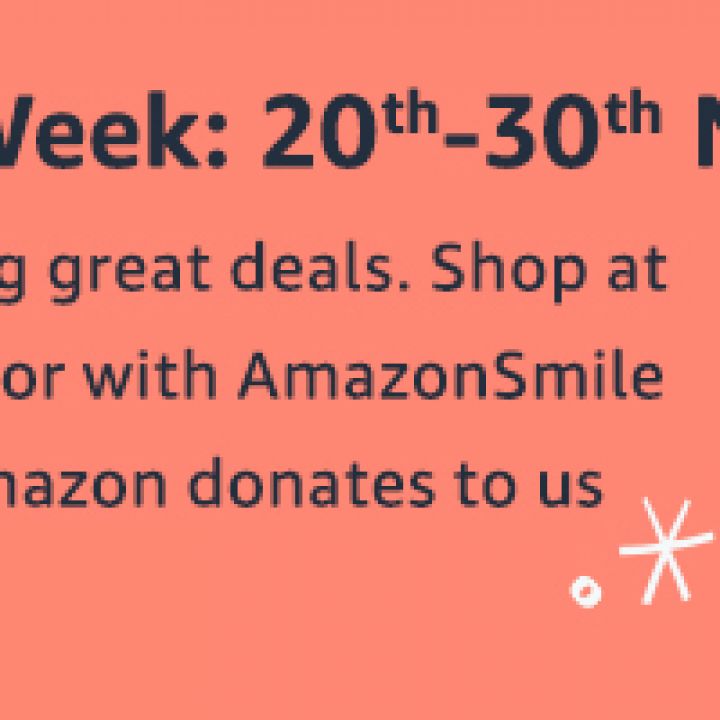 As a result of AmazonSmile programme activity between 1 July and 30 September, 2020. Amazon has donated £18.94 to Sunbury And Walton Unit 327 Of The Sea Cadet Corps. This is due to parents and staff ordering through Amazon Smile.

Why not switch to Amazon Smile and help genetare even more funds for our unit.

First round of training completed

We are happy to confirm that we have now completed our first round of face 2 face parades. Each parade night saw cadets attend by rank and observe social distancing.

Our juniors completed one of their STEM modules and along the way learnt how displacement worked.

Our New Entry Cadets discussed how to get help in an emergency.

Our 2 Cadet classes started with Seamanship and Corp. Knowledge.

Whilst our C1C learnt about leadership and the different styles and why we need them.

Our OC & AC’s started work on a leadership task that they can deliver whilst still observing social distancing.

It was good to welcome them all back after 7 months away and only meeting virtually.

The evenings also saw cadets get their well earned and deserved promotions that where achieved during lockdown period. 9 in total.

We now enter round two of the training schedule.

face to Face parading is back

After 6 months of virtual learning, and a few weeks of hard work behind the scenes from our wounderful volunteers, we have had our first night of face 2 face parading. We welcomed current and new Juniors to a fun filled night of activities, which saw them learn about displacement. Cadets had to design their boats, make them from tin foil, then place objects in them to see how much they could hold.

We are pleased to announce that TS Balck Swan, has been given permission to return to boating.

We look foward to getting our cadets out on the water!!