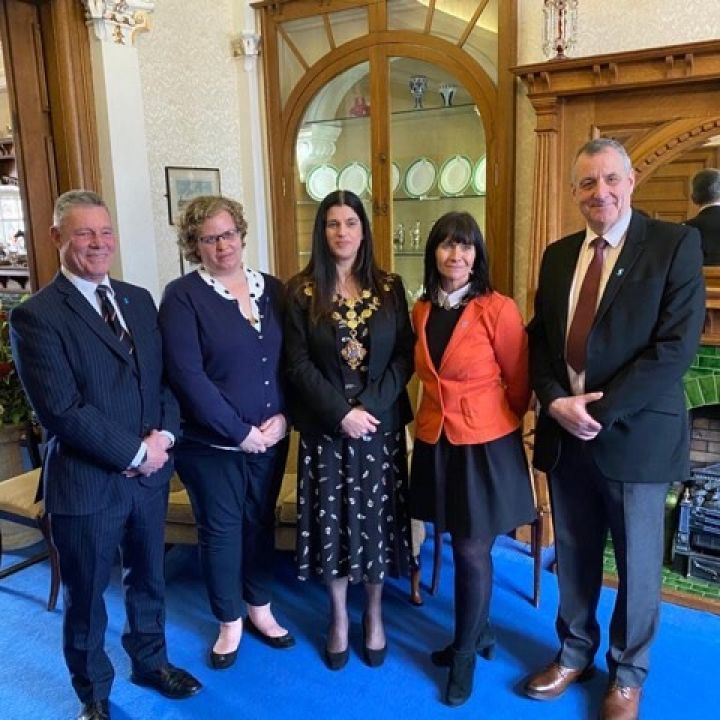 At the meeting the Mayor and members of Council agreed that all of these clubs make a massive contribution to the life of the local community especially among young people and it was right for the Council to give them some immediate assistance as they struggle to get back into operation after suffering serious damage to buildings and equipment. 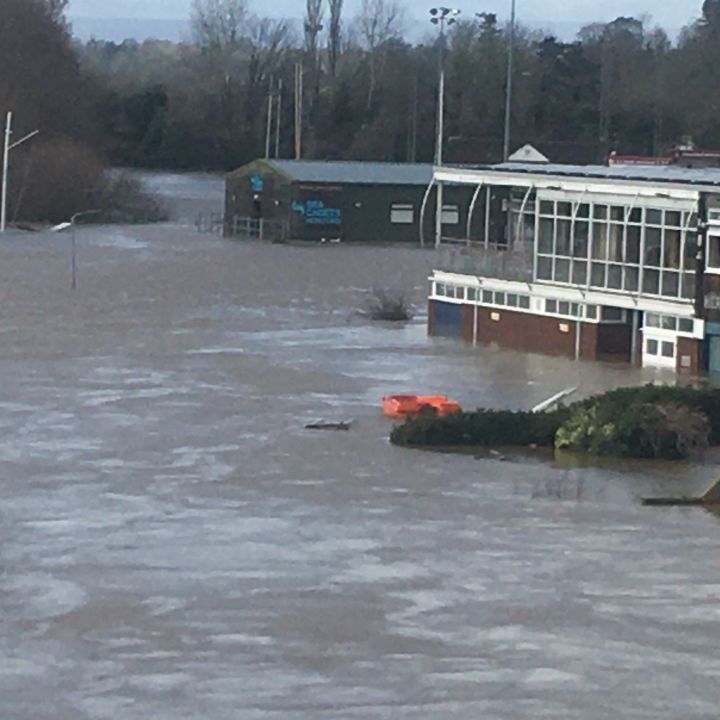 Hereford Sea Cadet unit was built in 2012 after a massive fundraising project. The Unit is raised up to stand at least 5'ft above the ground. As you may have heard on national news, the River Wye at Hereford Bridge reached an all time high of 6.11m on Monday 17th February 2020, and we fear that the water has breached the Unit level.  Obviously this is very sad for all the cadets, staff and unit volunteers. 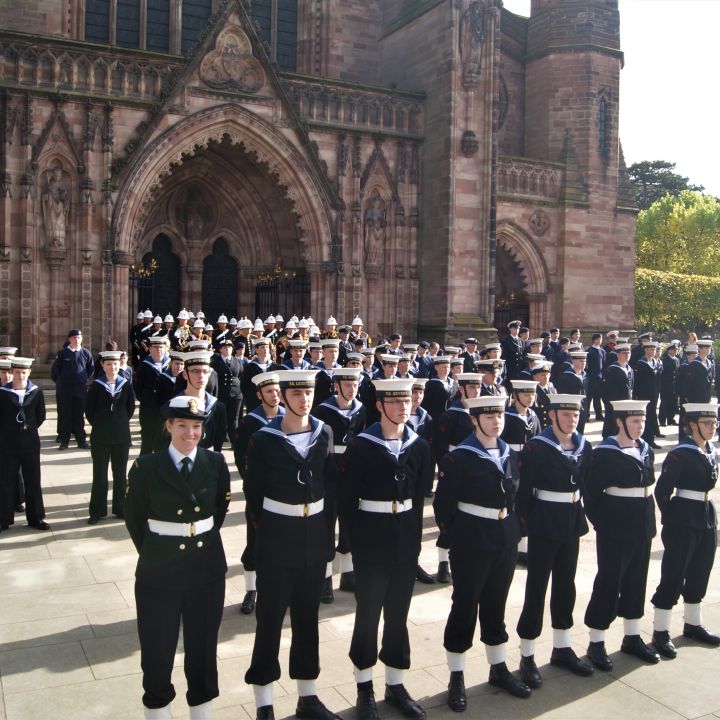 Over 200 Cadets from Hereford, Worcestershire and Gloucestershire marked the anniversary of the Battle of Trafalgar with a parade in Hereford.

Sea Cadets and HM Royal Marines Band marched through High Town Hereford to Hereford Cathedral for a Service to mark the occasion of Trafalgar Day.  The annual event which took place on Saturday 19th October saw more than 2000 shoppers, tourists and veterans enjoy this fantastic spectacle.

Chief Petty Officer (SCC) Emma Drew from Hereford Sea Cadet Unit said "it was a huge privilege for the cadets to march alongside HM Royal Marines Band.  I cannot express the sense of occasion that was felt by all the cadets and staff.  The Royal Marines Band were impeccable – the parade was an absolute triumph.”

During the Service at the Cathedral a collection was taken to support The Royal Marines Charity, and we were delighted to have raised £200. 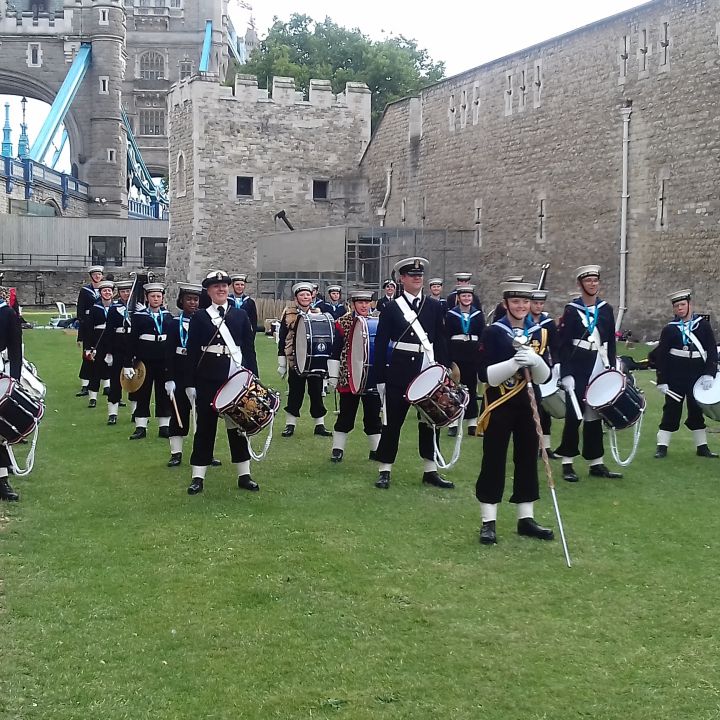 South West Area achieved a commendable second place in the 'Best all-round bands' category.  The standard was extremely high with South West Area being just pipped at the post by a strong Southern Area.

This was an amazing achievement by the South West Area given that the majority of bank members had only recently started to play their respective instruments and had to travel considerable distances to practice. 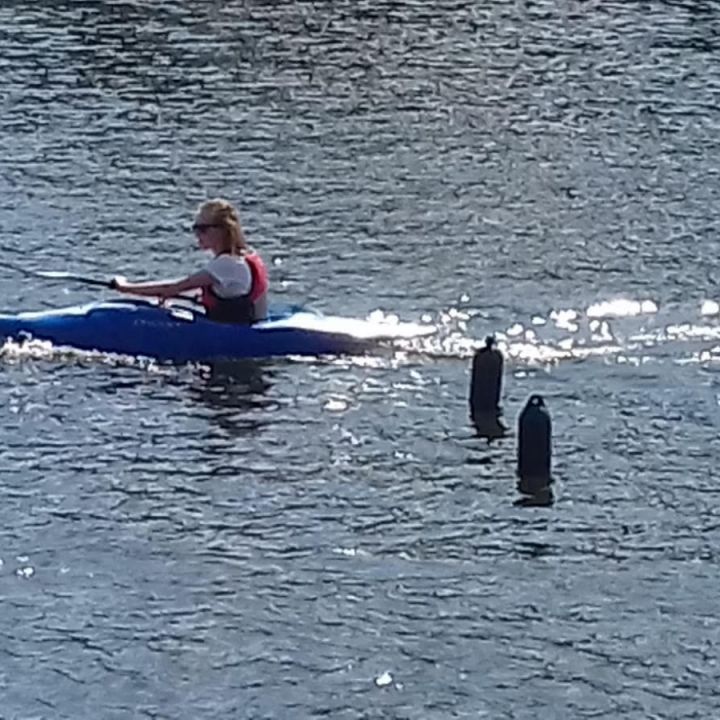 A fantastic result for AC Katie at the National Combined Regatta, which took place at the Excel Centre, London.  With stiff competition from a number of other Sea Cadet units from across the country, AC Katie took Bronze in the Kayak Cross-Stream event.