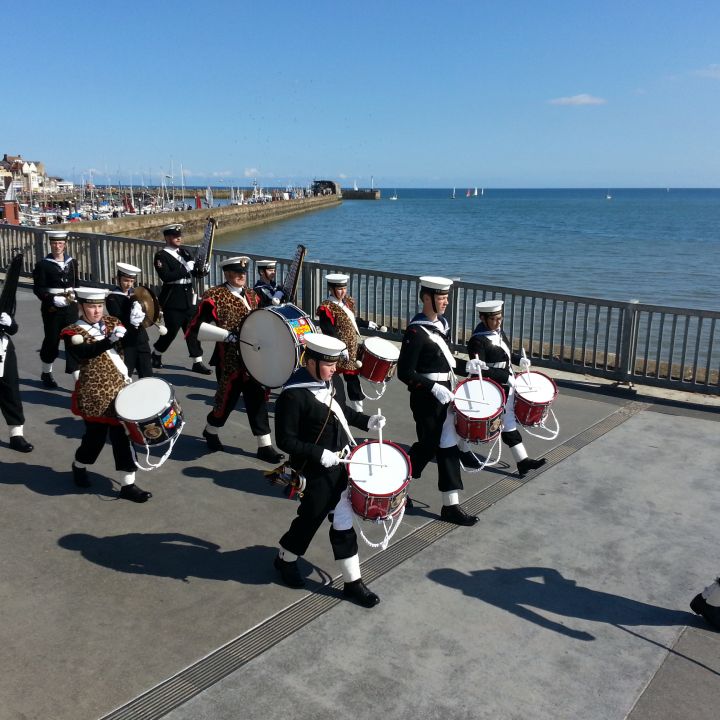 This year the venue was Bridlington rather than Scarborough but that made no difference. The sun was out, standards fluttered in the breeze and everyone stopped to applaud the band as they led the veterans through the town centre and along the sea front. 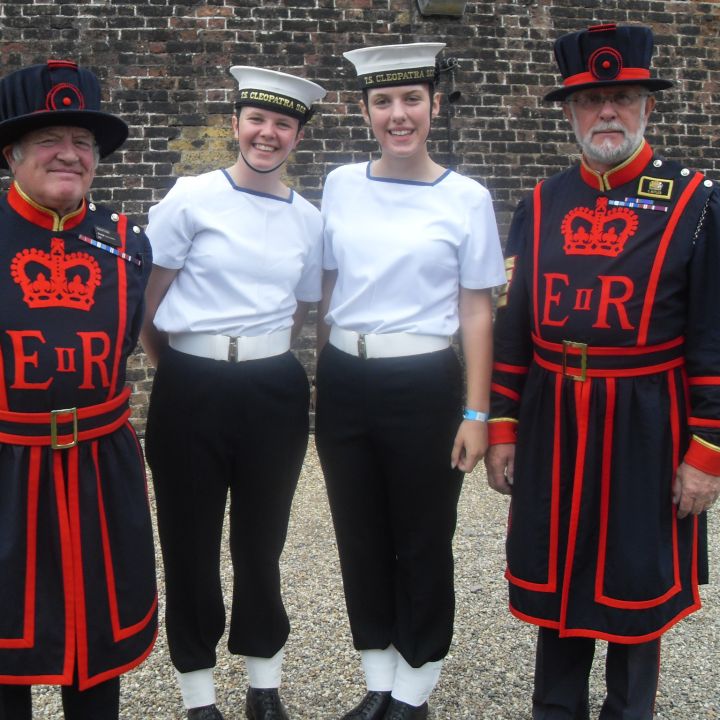 Harrogate Unit (along with some cadets from Grimsby, Lincoln and Immingham Units) took part in the National Band Competition in the prestigious setting of The moat of The Tower of London and represented The East of England area. Despite having the mix of cadets and only 3 days of combined practice the unit performed very well and enjoyed their time with cadets from all over Britain. 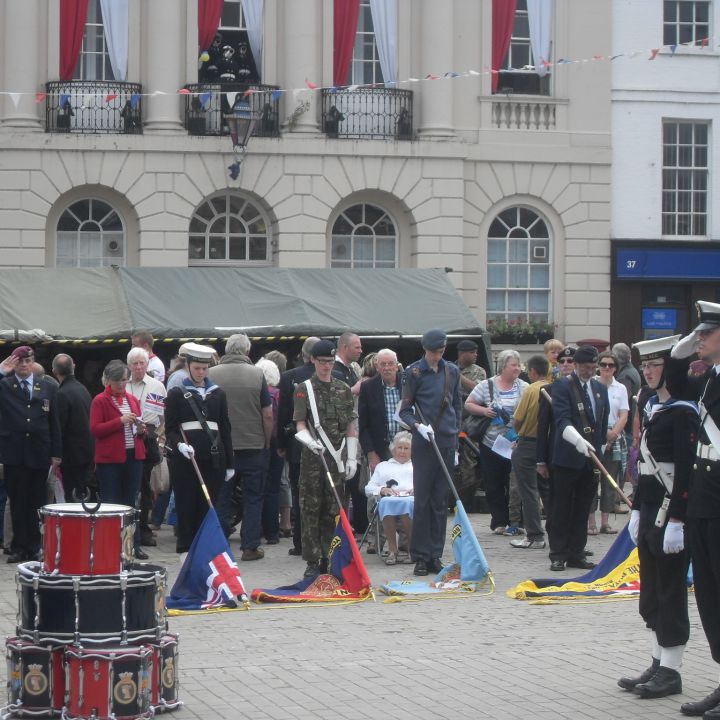 Harrogate Sea Cadets provided the Band, and the equipment for the Drumhead ceremony and the buglers for The Last Post  (you can just see them in the Balcony of the Town Hall.) Cadets entered tri cadet competitions so we got to know the other cadet forces and we were glad to be able to play our part in remembering the debt of gratitude we as a nation owe to the men and women in our armed services. The day finished with a wonderful fly past by a Spitfire and a Hurricane - magic! 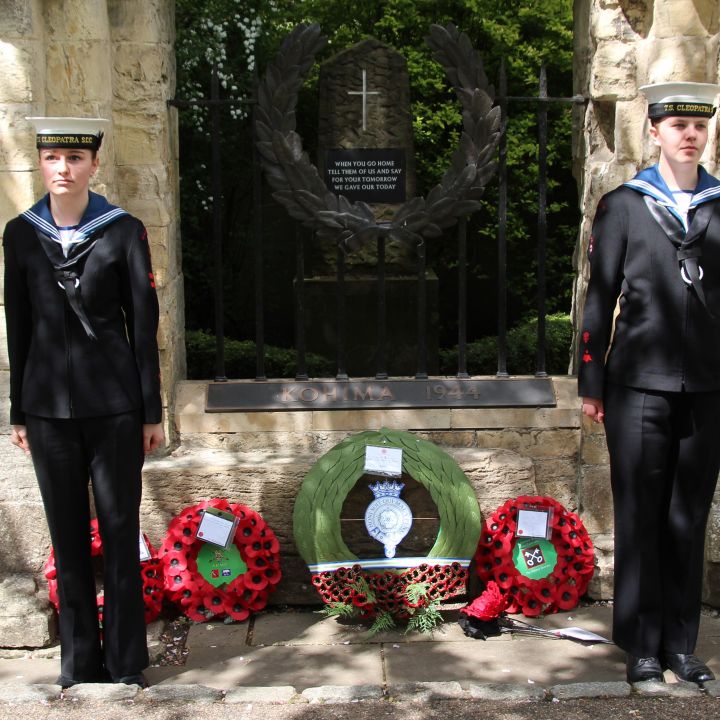 Guard of Honour for a Royal Prince.

15 Sea Cadets from across the region were specially selected to form an Honour Guard for the Admiral of the Sea Cadet Corps, His Royal Highness The Duke of York, during a special Word War Two commemoration in York recently.

Amongst them were 2 cadets from TS Cleopatra - LC Abi Langford and AC Rosie Lischke. They lined the steps of York Minster as part of the annual Kohima Commemoration, which marks a decisive battle in World War Two over the Japanese.  They formed part of a line of honour for their Admiral, who welcomed their role in the ceremony, and formed an Honour Guard for the veterans of the Kohima Battle at the Chapter House and the Kohima Memorial.  It was the first time in the Sea Cadets history that they been known to form a part of the Kohima Commemoration Service. 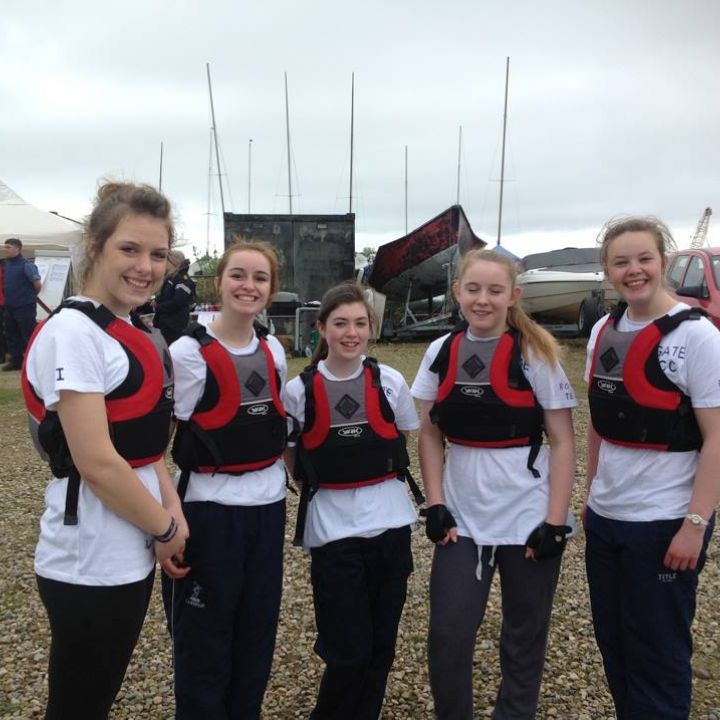 Boys and Girls teams headed off to Scarborough for the District rowing regatta. Despite only limited practice both teams aquitted themselves well - the girls in particular only just been beaten into 2nd place by the eventual winners of the competition. Despite the rivalry it was great to meet up with cadets from the other units in our area and enjoy time together.