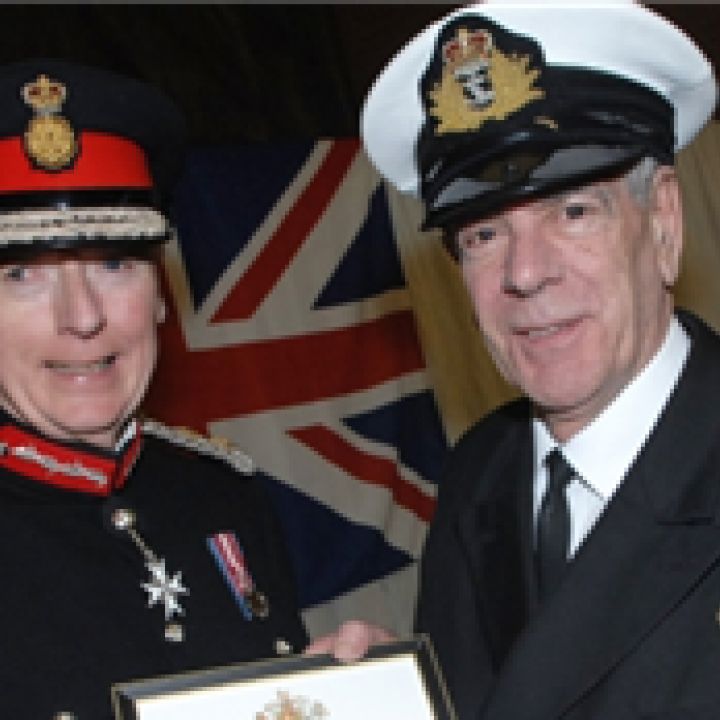 An adult volunteer in the Sea Cadet Corps (SCC), Stewart Pocock, who serves at Doncaster SCC next to St George's Bridge, has been awarded the Lord-Lieutenant's Certificate -- an achievement recognised as one of the highest honours in the forces, ranking alongside the MBE.

The certificate was presented to Stewart, by Mr David Moody, Lord-Lieutenant of South Yorkshire at a ceremony held at Manor Top TA Centre in Sheffield on 5th March, in recognition of his outstanding contribution and dedication to the Sea Cadet Corps.

Since joining the Sea Cadet Corps as a cadet himself in 1964, Stewart has remained with the Corps ever since, marking nearly 50 years of voluntary service. With a keen interest in the sea, Stewart specialised in navigation and securing trips at sea for the cadets, subsequently taking command of the Eastern Area's offshore power vessels, and allowing cadets to experience life at sea for up to a week at a time.

A stalwart of the SCC, Stewart has been invaluable to the running of the Sea Cadets in both Doncaster and Sheffield over the decades. Unstinting in his devotion to helping young people gain valuable life experiences and setting them on the path to responsible adulthood, Stewart has made a great contribution to the Corps and the many hundreds of cadets he has inspired.

Reflecting on the ceremony, Stewart, who is now semi-retired but was formerly a Consultant on Health & safety and Logistics for the likes of HSBC, commented: "I feel extremely honoured to have been presented this award in recognition of my 50 years' service with the Sea Cadet Corps. I never imagined when I joined all that time ago that I'd still be with the Corps five decades later, but it just never occurred to me to leave. The SCC is a marvellous charity for which I have a great deal of loyalty and affection for, and I feel very privileged to have been recognised in this way."