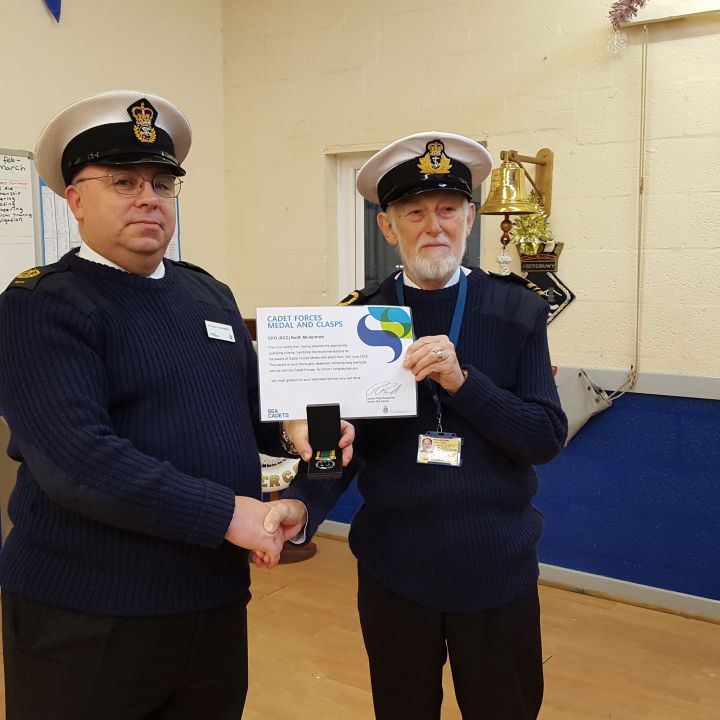 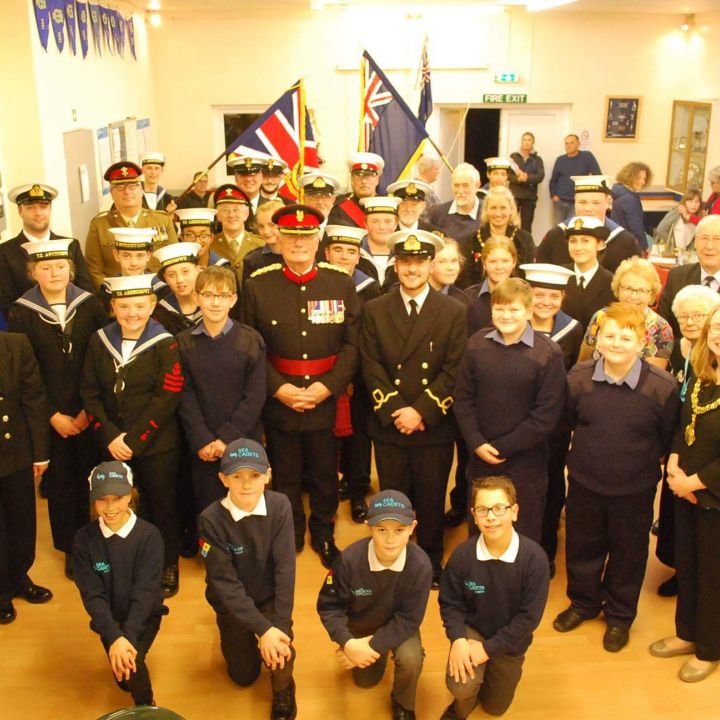 On the 15th of November, the unit hosted our annual Cadet Awards Night in which we showcased the  cadets acvhievements over the course of the last 12 months. We invited parents, local mayors and the North Wales District Team to attend and our VIPs presented some of the awards. We had an opening ceremony consisting of the Colour & Standard as opposed to Colours and a 'half-time' display performed by the PT Branch of the unit. Well done to all cadets for their achievements over the last year. Let's make next year even better! Below is a list of the main awards and the cadets who won them.

To the cadet who has shown most commitment to Community Activities.

To the cadet who is consistently smart and takes pride in their unform.

To the cadet who shows the most Loyalty, Respect, Commitment, Self-Discipline, Honesty & Integrity.

To the cadet that has shown great seamanship skills.

To the division of cadets who have gained the most points over the course of 12 months.

To the cadet who has shown great leadership qualities and has managed to lead a group of cadets effectively.

To the Senior Cadet that has shown good spirit and has developed in afloat activities.

To the Junior Cadet that has shown good spirit and has dfeveloped in afloat activities.

To the Junior Cadet that has worked hard & developed the most.

The Senior Cadet that has worked hard & developed the most. 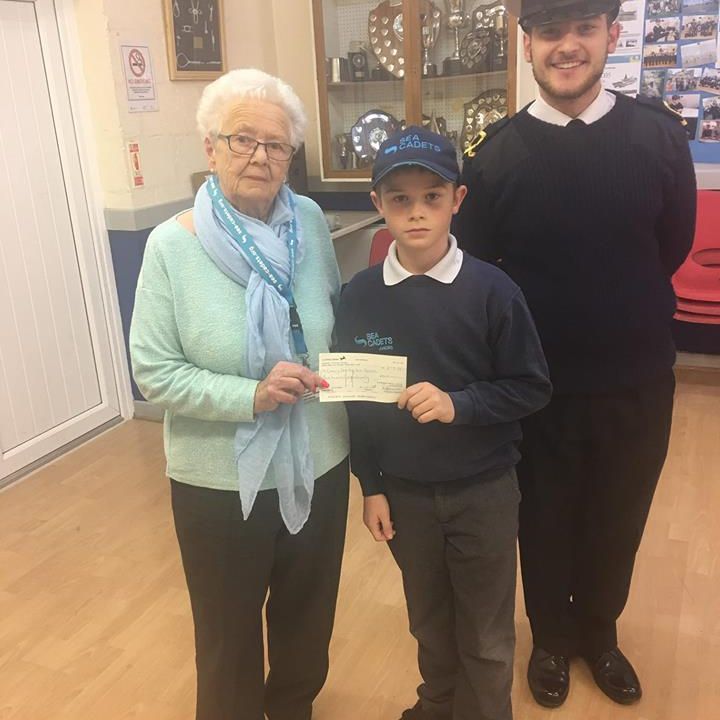 Many thanks to Llandudno Royal Navy Association for their kind donation to the Unit. The cheque was presented by the Chair of the RNA and also the Chair for our unit, Mrs Sally Jones.

The donation will go towards our Offshore Sailing Training next year. We have a lot more to raise, but with the enthusiasm and drive we have witnessed from the cadets this evening, we should hit our target in no time! 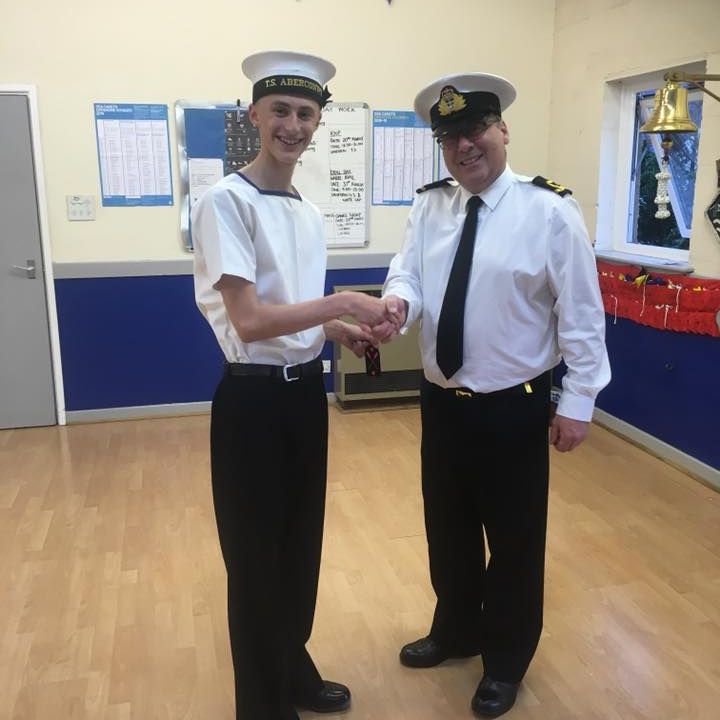 A very well done to all cadets moving up the ladder. The cadets have worked extremely hard to earn their new rates. 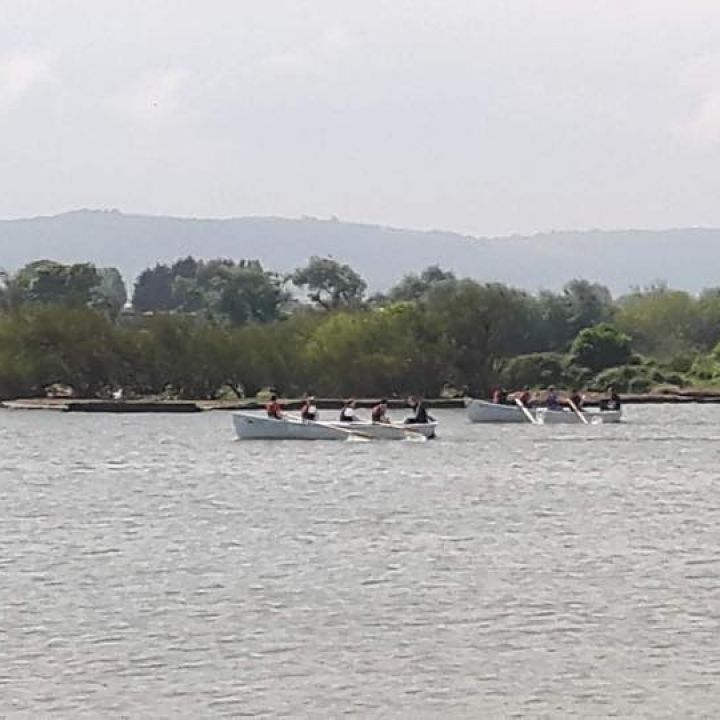 A massive well done to T.S. Aberconwy's Rowing Team for their efforts at the District Rowing Competition at Rhyl Marine Lake on Sunday 3rd June 2018.

The team consisted of:

Although we didn't come home with any medals, the team had an excellent time; learned some new skills and developed team work!