On Sunday 3/9/17 at 1300 hrs Swindon Sea cadets hosted the commemoration and flag raising ceremony In the presence of:

HRH The Earl of Wessex Message:

‘On this Merchant Navy Day, I very much hope you will support this campaign by Seafarers UK to remember the sacrifices, salute the courage and support the future of the often unsung personnel of our Merchant Navy. Too often they are the forgotten or invisible service, by raising the Red Ensign you will ensure that at least on this day they are remembered. Your act will mean so much to their families and to the retired, but most especially to those at sea.’

SWINDON fell silent on Monday 31.07.17 in memory of those who made the ultimate sacrifice at Passchendaele 100 years ago.

Veterans were joined by serving officers, cadets, dignitaries and members of the public as they gathered in Regent Circus for the memorial ceremony organised by the Swindon branch of the Royal British Legion.

Wreaths and crosses were laid at the foot of the cenotaph as the crowd stood still, with heads bowed, to pay their respects to those who died in one of the most bloody and unforgiving engagements of the First World War.

Swindon cadets played a vital part is supporting the service by presenting wreaths to dignitaries and were proud to have been able support the commemoration.

For information about the event and Jutland 100 click here

Three Sea Cadets from Swindon Unit travelled to Salisbury to have the incredible opportunity to row alongside HRH The Earl of Wessex as part of The Duke of Edinburgh’s Award (DofE) Diamond Challenge. The Charity is celebrating its Diamond Anniversary this year, having helped to transform the lives of millions of young people in the UK and across the globe since it was founded in 1956.

The cadets greeted His Royal Highness at Salisbury Sea Cadet Unit before joining him on the River Avon to complete their DofE Diamond Challenge to row the equivalent distance from Salisbury to Windsor of 75 miles on Thursday 28 April.

Every year 2,000 Sea Cadets take part in the DofE, achieving their Gold, Silver and Bronze Awards. In celebration of its 60th year, the Charity has launched the DofE Diamond Challenge, a one-off initiative which allows people of all ages to take on a DofE inspired challenge – be that an adventure, a skill or something personal.

PO Clements OiC at Sea Cadets Swindon Unit, says: “We are delighted to be part of the Duke of Edinburgh’s Award anniversary year. Like Sea Cadets, it’s a fantastic organisation that offers young people the chance to challenge themselves through adventurous activities.

“Rowing with the Earl of Wessex is a memory they will never forget and it’s only by being a Sea Cadet that they have had this incredible opportunity.”

Peter Westgarth, CEO of The Duke of Edinburgh’s Award adds: “As we celebrate 60 years of The Duke of Edinburgh’s Award, it’s clear that the Charity is an integral part of life at Sea Cadets which play an invaluable role in the development of thousands of young people across the UK. It’s fantastic to see the Sea Cadets being recognised for the outstanding work they do and enormous thanks must be given to the volunteers who work tirelessly to ensure that every DofE participant makes the most of this wonderful opportunity.”

And to find out more about The DofE Diamond Challenge and get involved visit: www.DofEDiamondChallenge.org 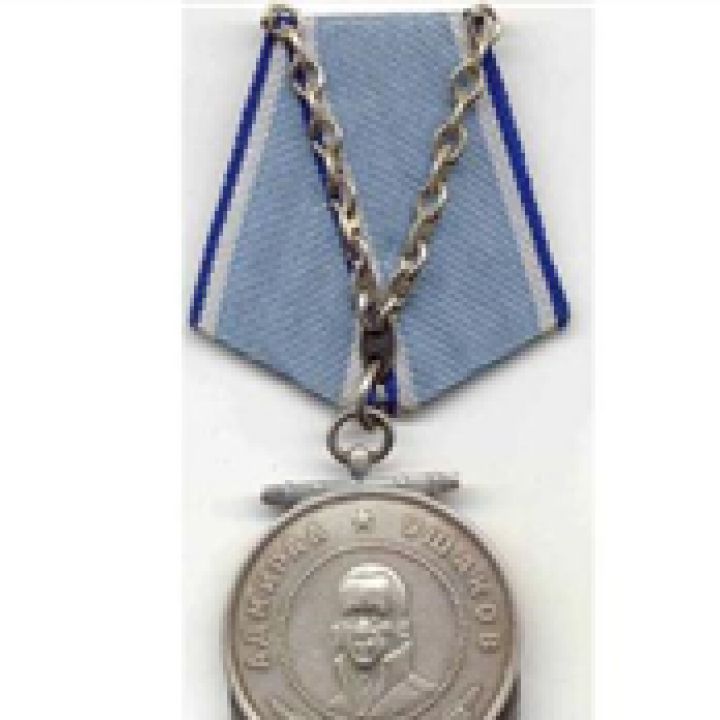 They were presented with their medals on behalf of the Russian Embassy at Swindon Sea cadet Unit by Rear Admiral Nicholas Wilkinson (CB) Royal Navy.

Cyril & Richard braved the bitter chills of the Arctic during their service in the Royal Navy and received their medals in recognition of their service on the arctic convoys which were in Churchill’s words “the worst journey in the world” to support the Russian people and during WW2.

Cyril volunteered and joined the Royal Navy in October 1940. He joined H.M.S. Vervain, a flower class corvette in1942. He also served on H.M.S. Victory - The flagship of the First Sea Lord since October 2012 and is the world's oldest naval ship still in commission. He also flew with  832 Squadron as aircrew in an Albacore torpedo spotter reconnaissance aircraft. He left the Royal Navy in June 1946.

Prior to His Naval service Cyril was instrumental in the founding of the Sea Cadets in Swindon and later established and was commanding officer of the first sea cadet training centre (SCTC) at RNAY Wroughton back in the early 1970's (now sadly closed).

Richard was commissioned in the Royal Navy in 1943 and his first ship was the cruiser, HMS Royalist, flagship for the Rear Admiral Escort Carriers (RAEC).  The Escort Carriers were large merchant vessels that were converted to aircraft carriers by the removal of the superstructure and installing a full length wooden flight deck and steam catapult (nicknamed ‘Woolworth Carriers’).  The primary purpose of the ECs was to fly light aircraft for reconnaissance against U-boats while the convoy was on its way to Russia.

Richard recalled that the worst convoy conditions were during the winter months when the sea spray landing on the ship froze and had to be hacked off to reduce the extra top weight and the sun never rose from November to February.