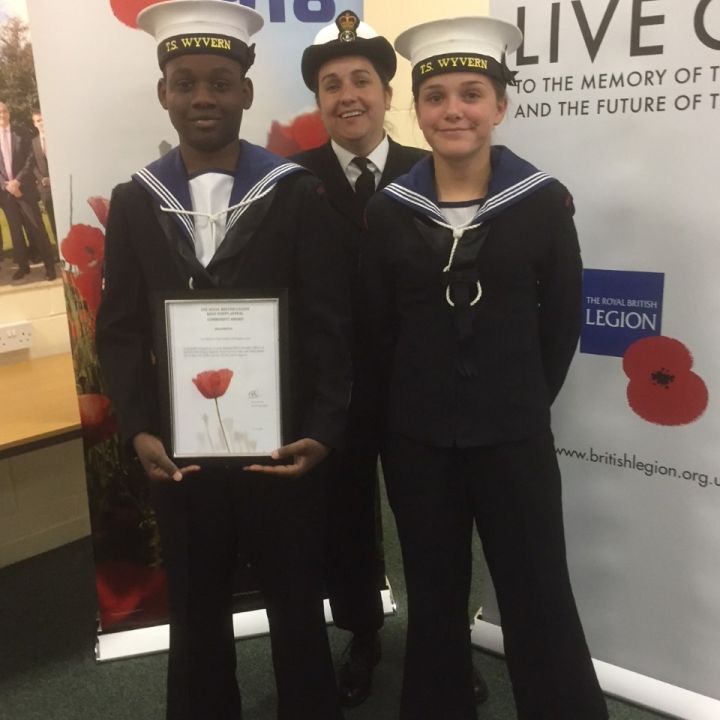 This evening the Chairman, 1st Lt and two cadets represented the unit at the Kent Royal British legion Poppy Appeal Community Awards Evening.
We were awarded with an award for constantly improving each year when assisting with the poppy appeal.

well done all everyone at TS Wyvern! 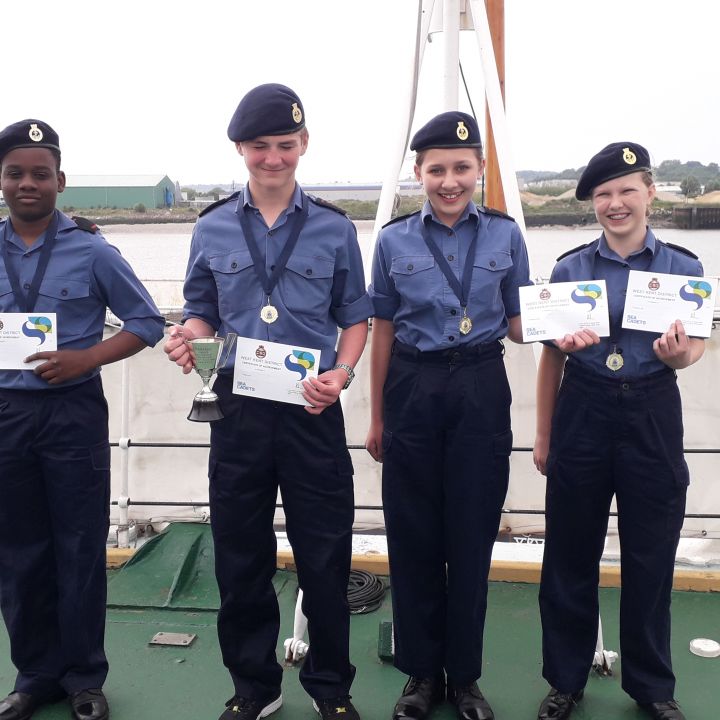 Massive well done to all cadets out and about this weekend!

We came 1st in the District Skills Challenge competition for the 2nd year in a row!

The Skills challenge the saw the teams complete 19 separate tasks and assessments- from uniform inspections and Team Tasks, to Bends and Hitches and First Aid, Adventure Training and General Naval and SCC knowledge ! 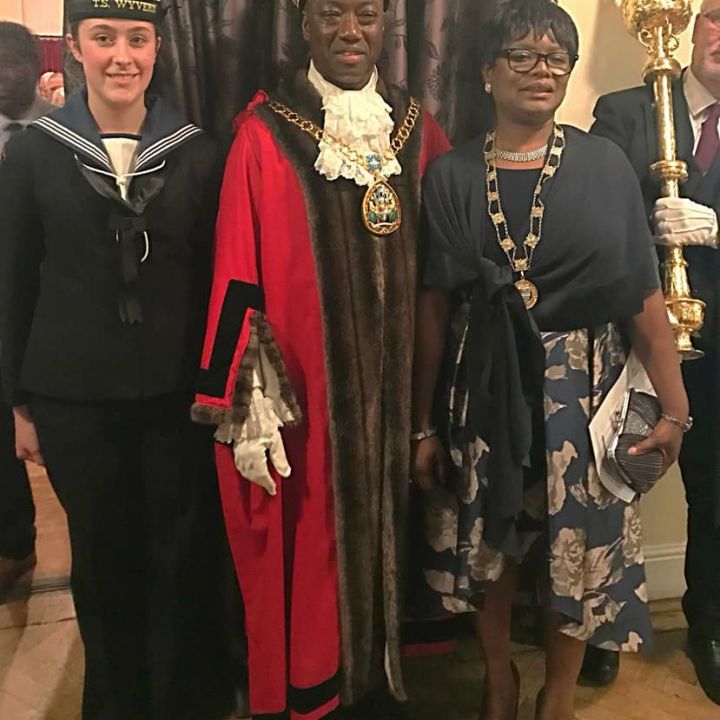 Ordinary Cadet Libby from Sittingbourne unit has been selected to undertake the prestigious appointment of Mayor's Cadet for 2018/19.  Libby will assist the Mayor Councillor Samuel Koffie-Williams on official duties throughout her yearlong appointment. Libby was selected because she is always well turned out, takes real pride in what she does and is always willing to help with all the community duties that the Cadets undertake as a unit. She is an inspirational young person, which the younger Cadets can look up to as a role model.

"I enjoyed escorting the mayor at the Memorial and I am looking forward to future opportunities as part of the role of Mayors Cadet".

The 14 year old only joined the unit in January 2017 but has fully immersed herself in training, taking on all opportunities. Sometimes being away on courses or attending events every weekend some months. This has paid off and she has already become a rowing coxswain and gained intermediate badges in 2 subjects and has risen through the ranks to Ordinary Cadet and is working hard towards her Able Cadet promotion.

Libby is also working towards her bronze Duke of Edinburgh award and is looking forward to a week offshore on the Sea Cadets flag ship TS Royalist in September. Looks like she is going to have another very busy year! 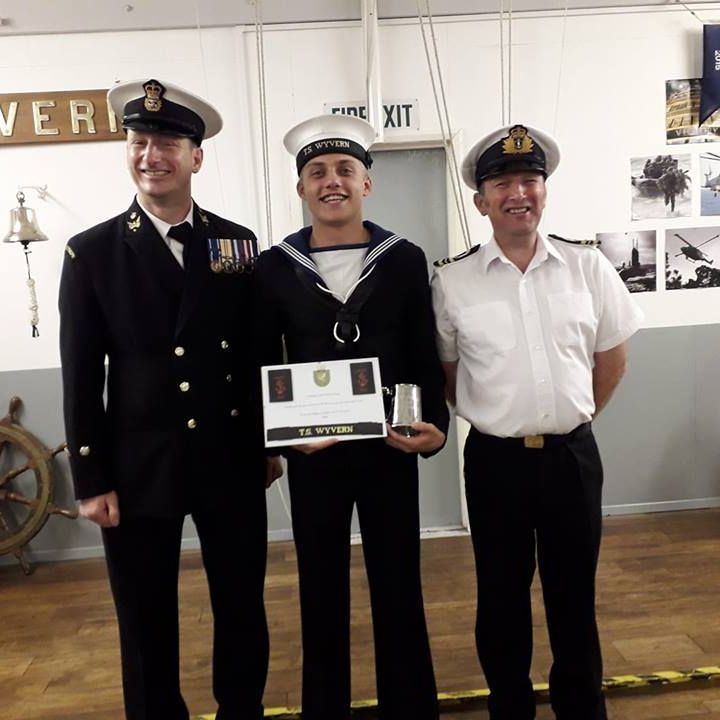 Oliver joined the unit in November 2011 as a Junior Cadet. Upon turning 12 he joined the main Cadet section and made his way through the ranks while picking up qualifications in Catering, climbing and much more recently gaining his First aid at work qualification.

Oliver has made the most of the boating qualifications available to him gaining his BCU 2* award in Paddlesports, Offshore grade 1, RYA sailing stage 2 and has become a coxswain in rowing.

In March 2017 Oliver attended a gruelling weekend putting his skills to the test on a Leading Cadet board. He passed the course and was promoted to Leading Cadet.

Back at the unit he put this in to action helping the staff to organise the younger Cadets and helping teach them too.

Oliver has just turned 18 so had his last night as a Cadet at the unit. The unit presented Oliver with a tankard and a certificate to thank him for his help the last year as a leading Cadet and to remind him of the 6 years he spent as a Cadet.

Oliver is going to take a break from the unit for a few months while he concentrates on his A-Level exams and decides what he wants to do with his future career wise.

We hope to see him back at the unit as a volunteer soon. 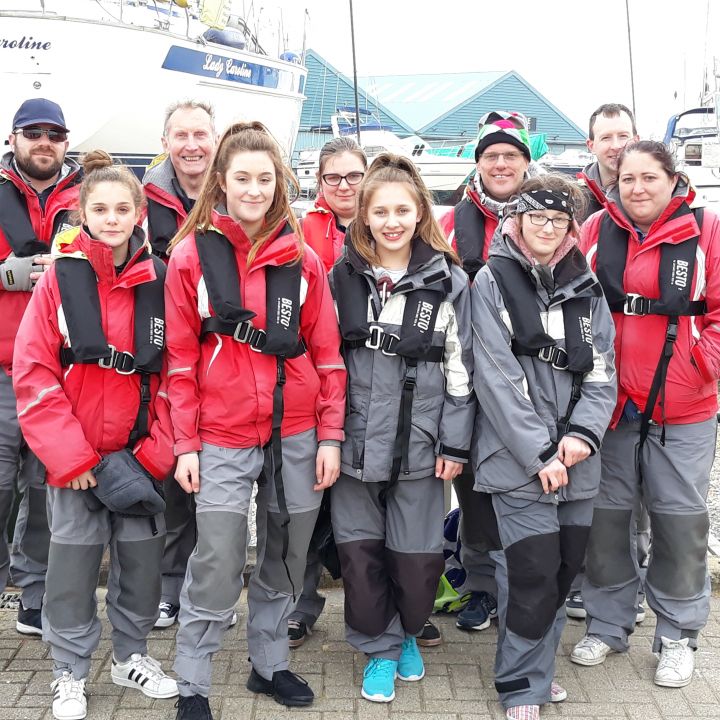 Advance FM purchased a sailing experience at Kent Sports Trust Charity Auction in 2017. We decided to give this to Sittingbourne and Milton Sea Cadets.

The Cadets got to take the helm of a 60 foot Clipper named the Mermerus. The Clipper has sailed in the “Around the World Boat Race” four times and is one of only eight ever made of its class. 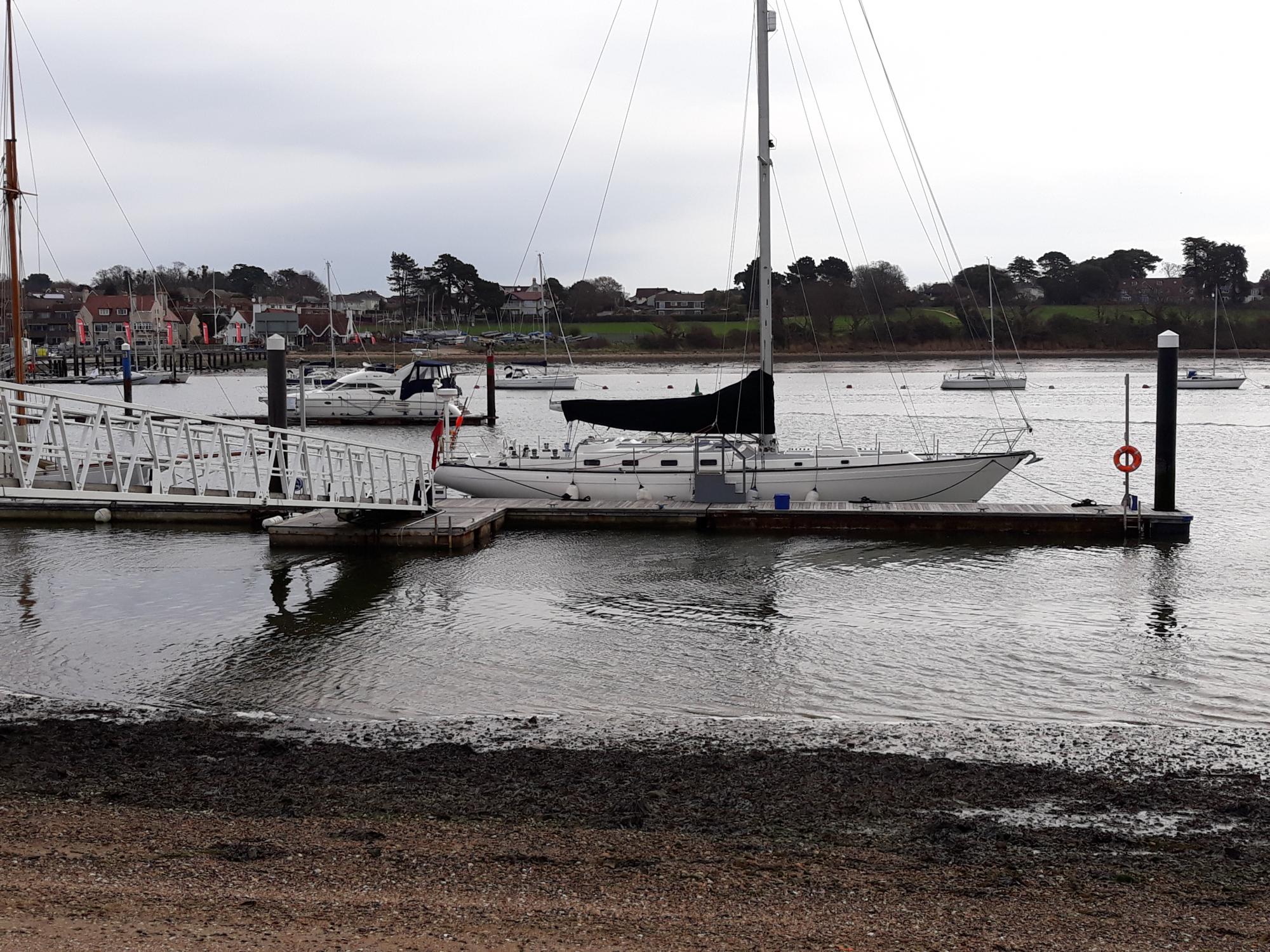 "The experience was second to none with the cadets taking the helm, doing the rigging and then in teams winching, tacking and jibing the Clipper around the Solent for six hours – needless to say, the cadets slept all the way home. Thanks again to Advance FM for the opportunity and support of the TS Wyvern Sea Cadet Unit" Mr Dawes Chairman TS Wyvern, Sittingbourne Sea Cadets 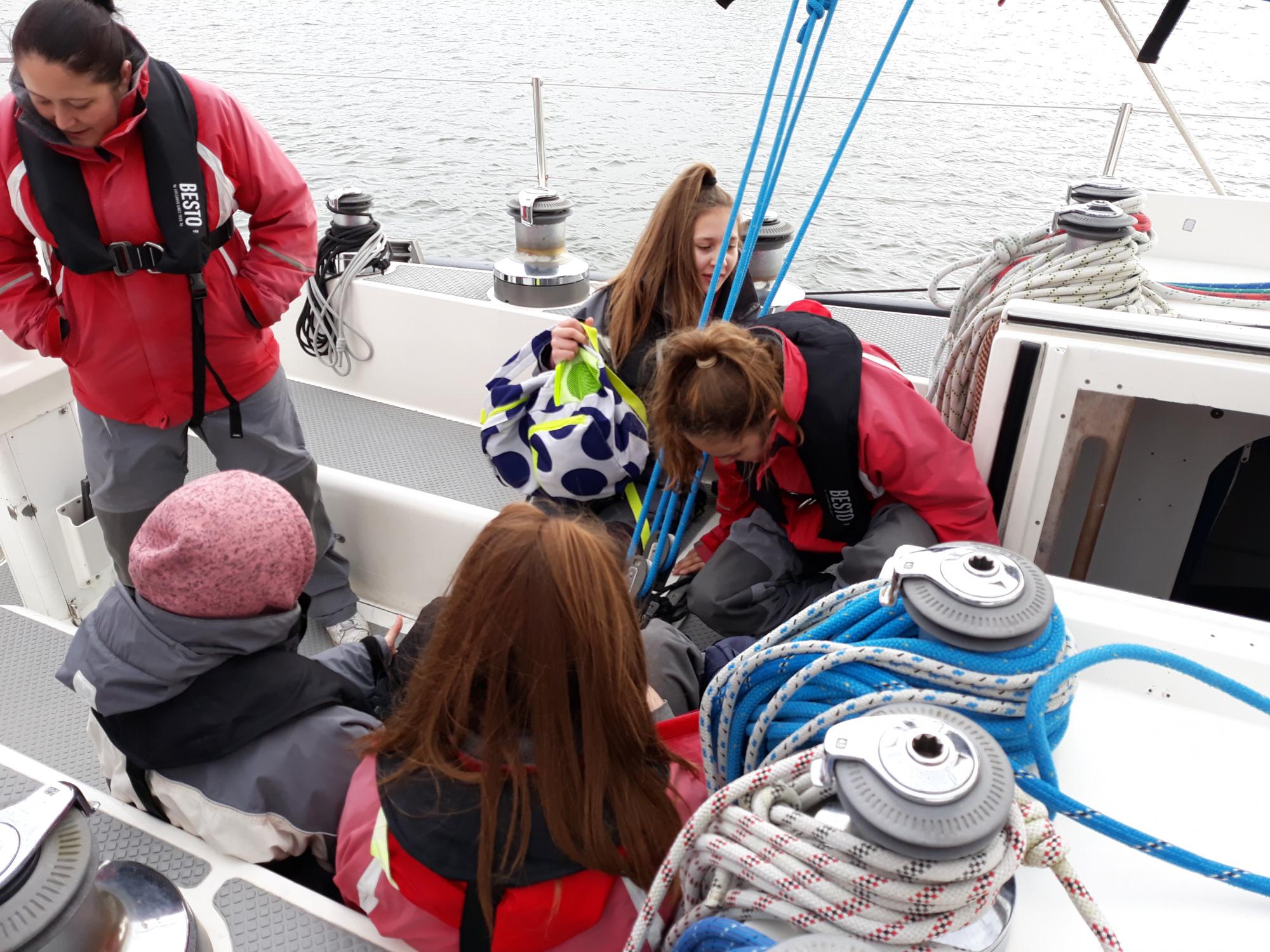 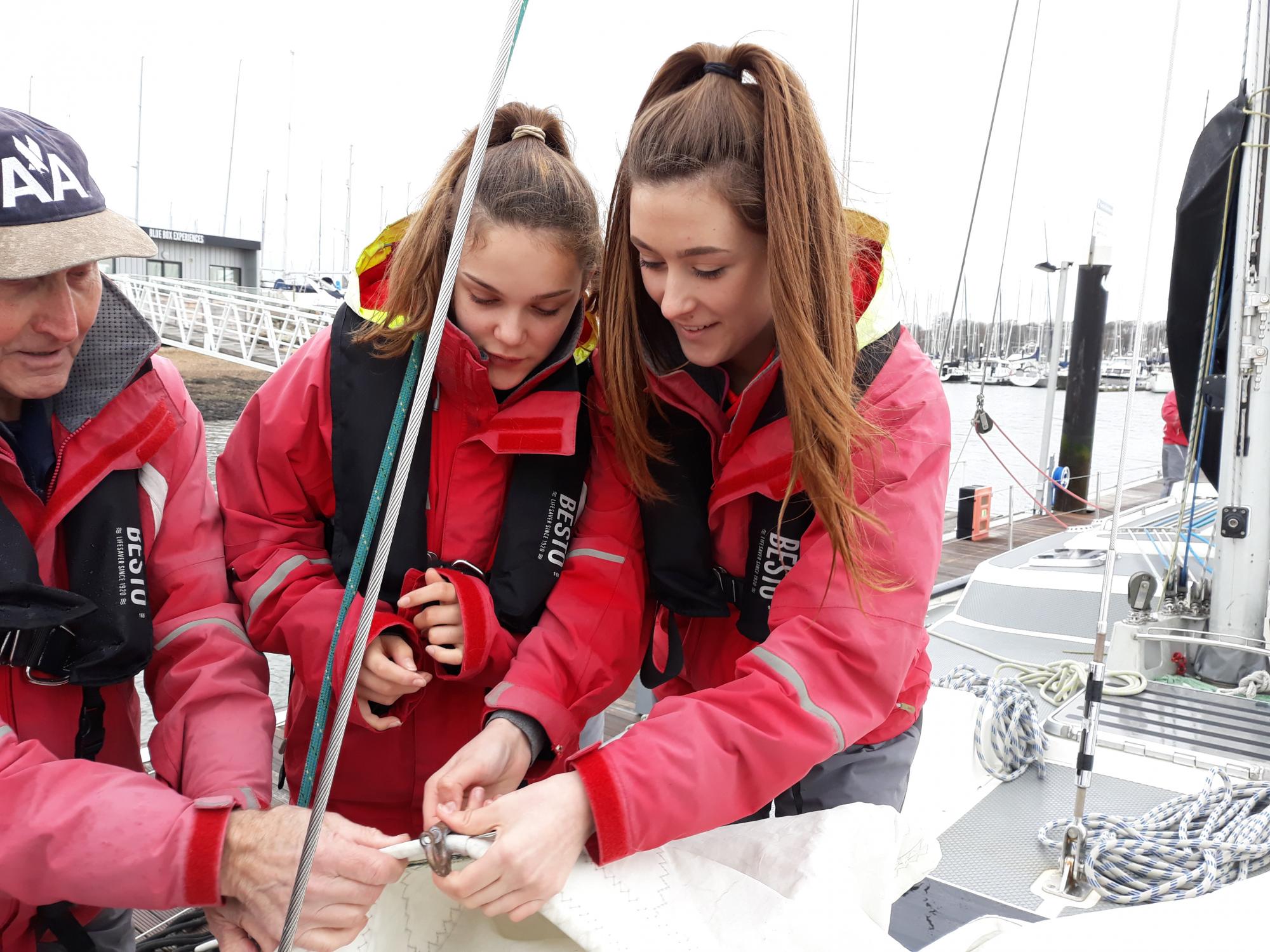 Two of the cadets are now really looking forward to their week offshore on TS Royalist the sea cadets flag ship. TS  Royalist is a 32 metre brig. The cadets will be joining TS Royalist  later on in the year joining other sea cadets from all around the country.