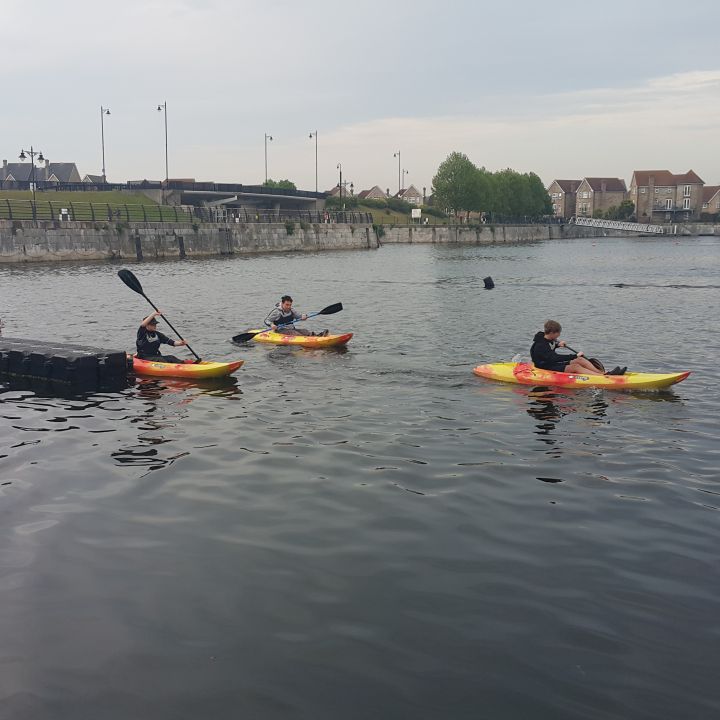 Back on the water, at last

June 2021 - Cadets & staff were back on the water, after lockdown & other COVID-19 restrictions were lifted, at Chatham Maritime Water Sports Centre. 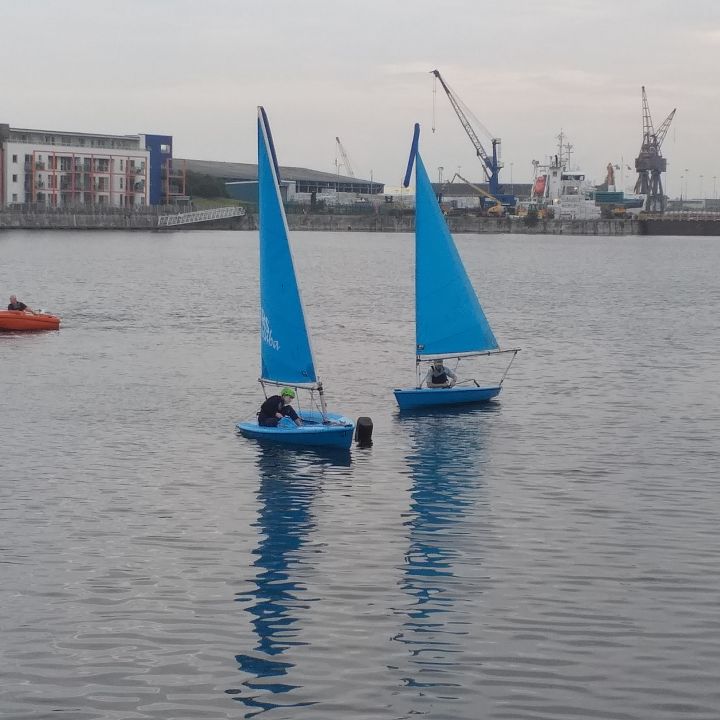 Back on the water, sailing 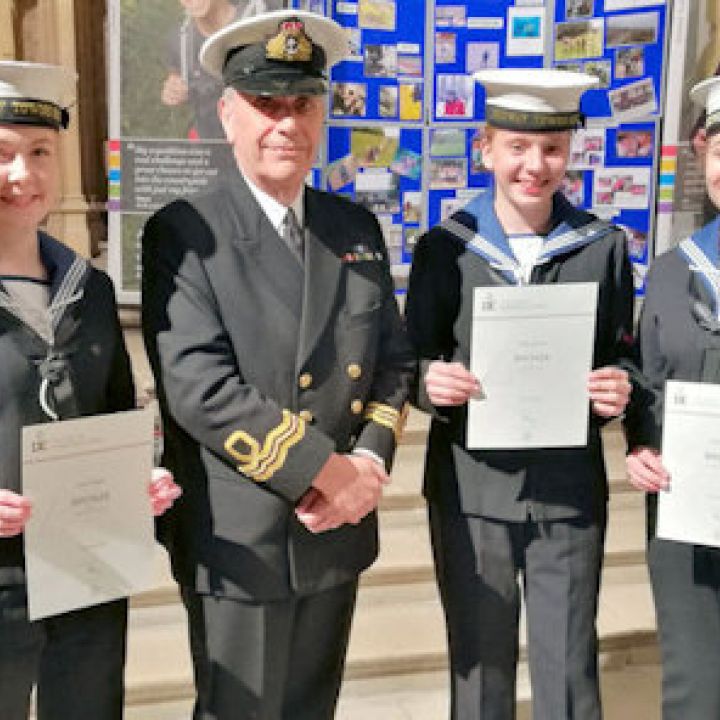 On Wednesday 25th April, Medway Towns Cadets joined other young people at Rochester Cathedral to be presented with their Duke of Edinburgh's Award scheme awards.

Three of our Bronze Award recipients are pictured, with & without West Kent's District Officer. 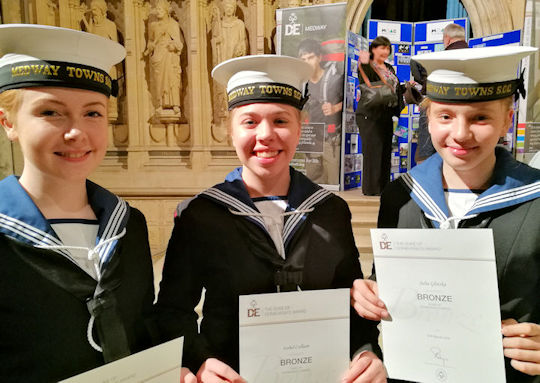 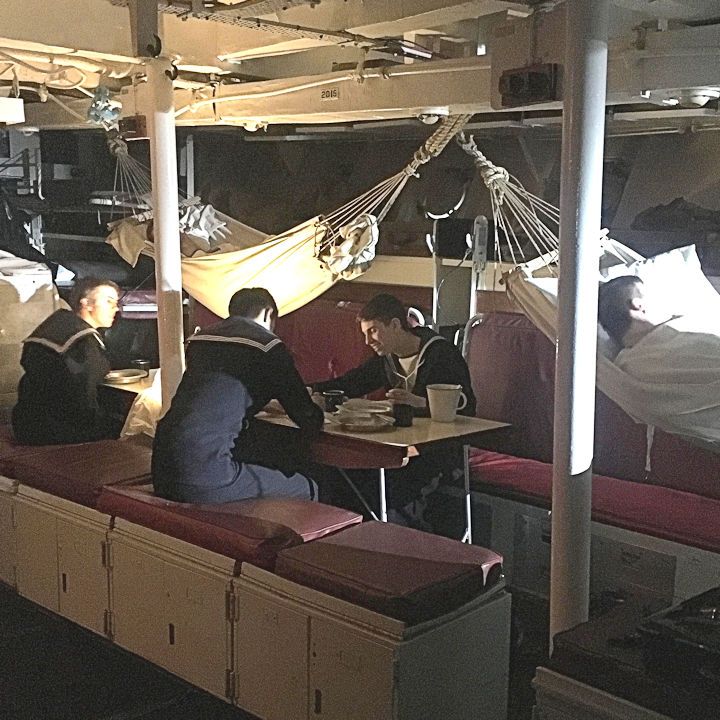 And the Oscar goes to...

HMS Royal Oak was a Revenge class battleship built during the First World War, on 14th October 1939 whilst she was at anchor in Scapa Flow near Orkney, Scotland she was torpedoed by the German submarine U-47. Royal Oak's crew were mainly asleep, due to the time of the attack, & 833 of the 1,234 men & boys were killed as the ship rolled over & sank or died later of their wounds.

A TV film production company requested the unit to provide some boy sailors for a programme which is expected to recreate events which have happened in Scapa Flow. Five Cadets from Medway & two from Maidstone dutifully dressed up & acted out scenes aboard the doomed ship (played by HMS Cavalier), on Saturday 17th March. The snowy weather outside made conditions below decks quite cold because there was very little heating in the filming location, as Cadets don't usually use this messdeck for accomodation.

The staff that attended got to dress up, too. Two Medway POs got rapid promotion to Officer (one even reached Lt Cdr), but were busted down to PO immediately after. 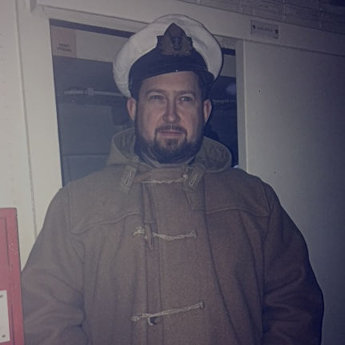 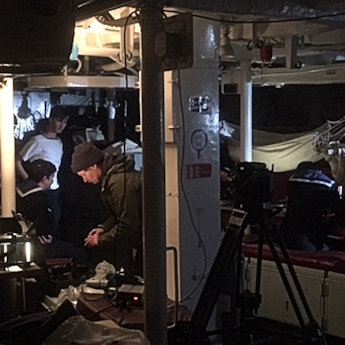 Click on the following link to see MSP TV's programmes (Drain is the series which is expected to feature this shoot's footage, in September) Mallinson Sadler Productions 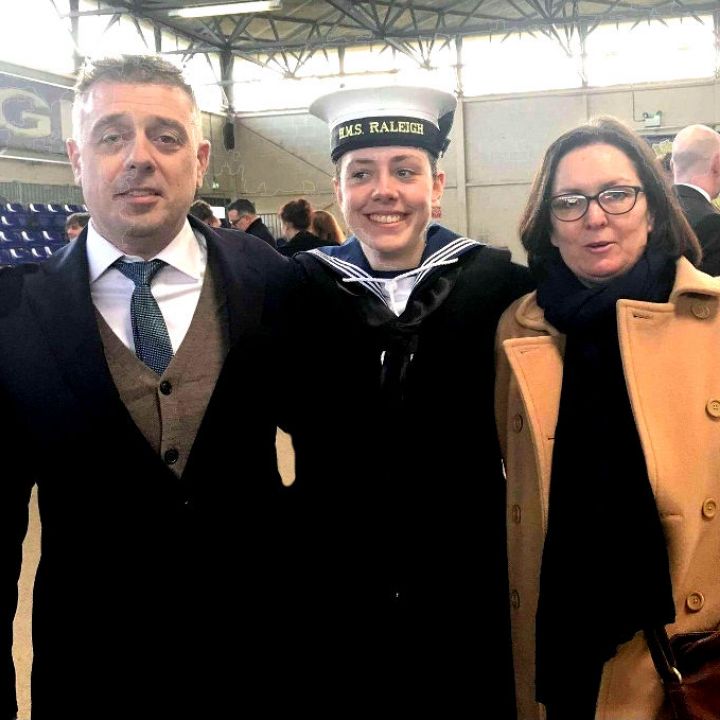 On 16th March an ex-Medway Towns Cadet completed her basic training at HMS Raleigh, Torpoint. Alex's passing out parade was watched by her proud parents. She will now go on to her trade training course as a Marine Engineer at HMS Sultan, Gosport.