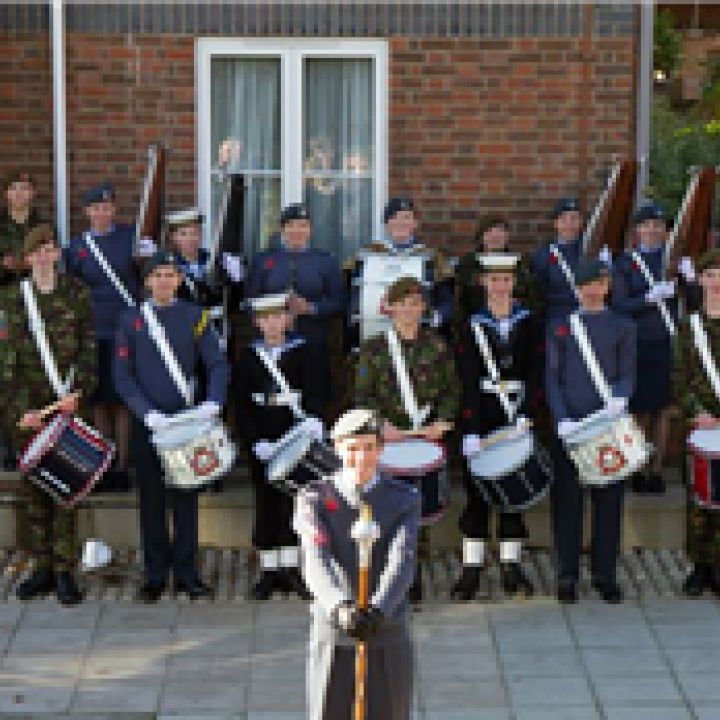 There has been a lot going on at the Unit over the last couple of months.

Our Commanding Officer, Lt(SCC) B Silver RNR, stepped down after 25 years at the Unit to become Central District's Training Officer. S/Lt(SCC) N Gilks RNR has taken Command. The rest of the adult volunteers have remained the same.

Another Burgee was achieved this year which is amazing! Our second one ever, two in two years!! BZ to our cadets and adult volunteers who work tirelessly to make our Unit a great one.

Our affiliation with HMS Hurworth continues to grow. We have good contact with them and they are planning to spend time with us on Chichester Canal in the summer months and to join us for our sports evenings.

Our community involvement remains good with the Tri Service Band performing at events such as the Remembrance Parade and in June, the Help4Heroes Charity Walk along the South Coast from Southampton to Brighton. We are also providing the walkers with food and accommodation for when they pass through Chichester. We will also be involved in the Selsey D Day Parade on Sunday 1 June.

The boating season has started so we are back on Chichester Canal paddling which the cadets and adult volunteers very much enjoy! We always have good fun, look out for us and say hello! 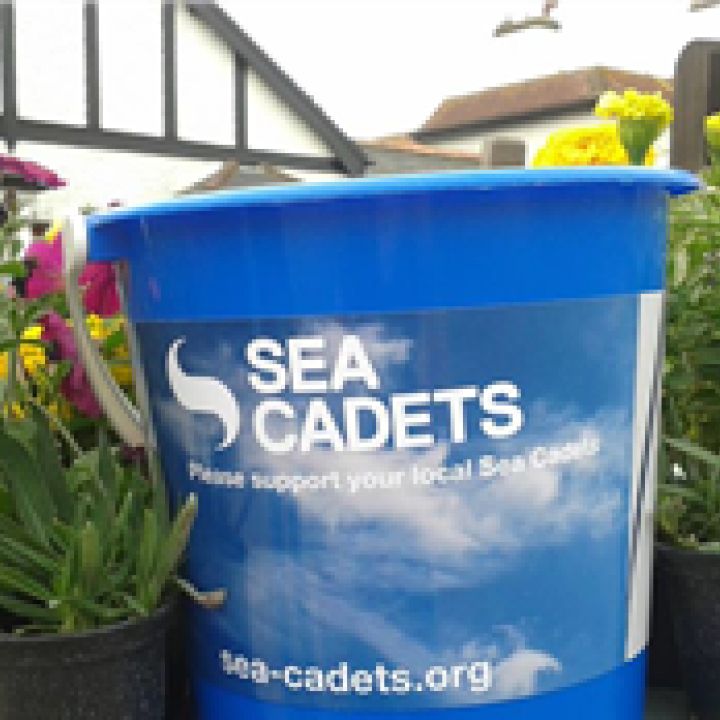 NOTICE IS HEREBY GIVEN that the Annual General Meeting of CHICHESTER HARBOUR AND SELSEY Sea Cadet Unit will be held at the Unit Headquarters, Pound Farm Road, Chichester PO19 7PX at 1900 on Monday 18 November 2013 to transact the following business. 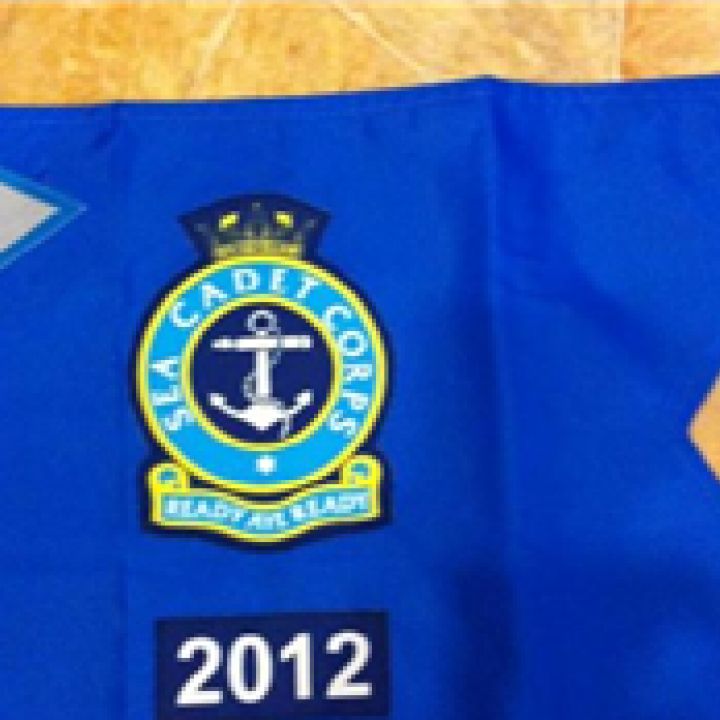 The Cadets and Staff of Chichester Harbour and Selsey Sea Cadets are celebrating acheiving an efficiency Burgee for the first time in our history.

Every year the Unit's performance is judged against a wide variety of criteria including cadet qualfications and progression; community activities; dress and bearing; health and safety; the buildings and the grounds alongside many others.

Ever since the Unit opened in 1960 its performance has been assessed and we have had a number of years successfully acheiving a pennant demonstrating our level of efficiency in line with expectations.

Our first Burgee represents an increase in our efficiency and quality of the cadet experience putting us in the top 20% of the 400 units in the Country.

We are now looking forward to our new challenge of continuing to maintain these high standards for the benefit of the cadets currently at the unit and hopefully our ever growing numbers. 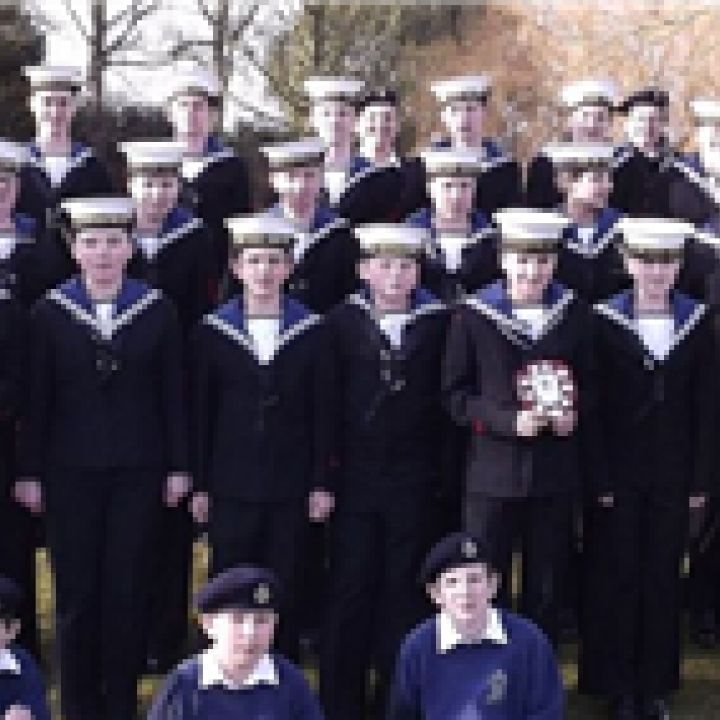 The hard work they had put in over the nights and weekends paid off as they walked away with not only the Unarmed Drill trophy for the best squad but AC Cole of Bognor Unit also won the trophy for the Best Squad Commander.

The combined team will now go on to represent Central District at the Area Competition on Sunday 24 March 2013 at HMS EXCELLENT. 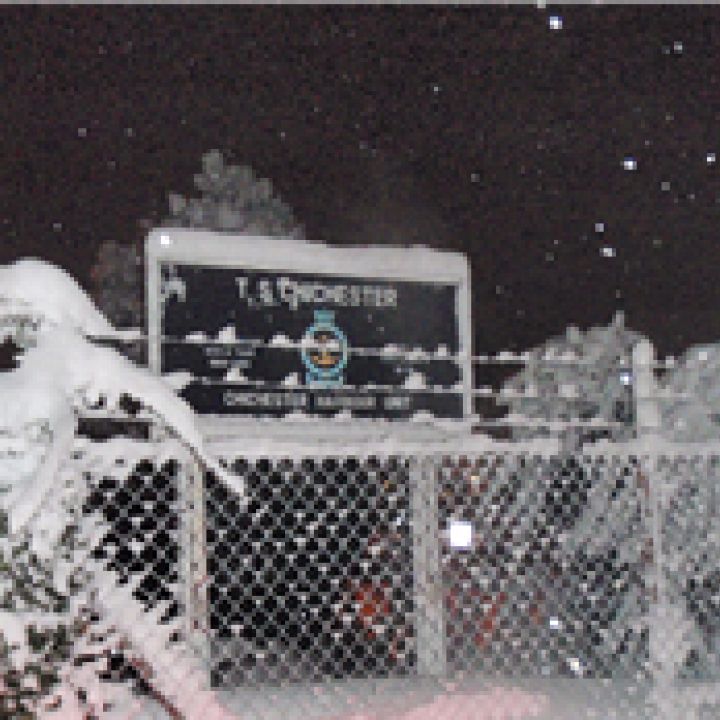 On Thursday 17 December 2012 the Cadets celebrated the end of a very successful year with a mess dinner at the unit served by the staff of the Unit.

PO(SCC) Skeates once again did a sterling job of creating a feast for all of the cadets who invited the District Officer, Lt Cdr (SCC) K Kristiansen RNR and the District Staff Development Officer Lt(SCC) H Gilbert-Jones RNR as their guests of honour.