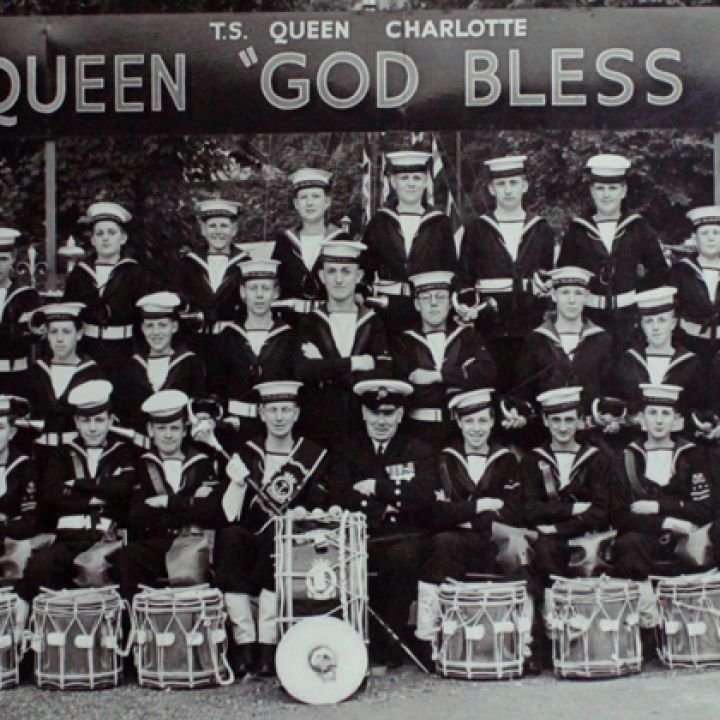 How my time spent as a Sea Cadet has shaped my career leading a large team. Read Claire’s story.

Claire was a member of TS Queen Charlotte, Guildford Sea Cadets. As a cadet Claire achieved national success in kayaking and demonstrated a high degree of commitment and determination to pursuing the sport. She won seven national gold medals in total.

In life since, Claire has shown that same determination and commitment in her pursuit of professional development. Sea Cadets was instrumental to Claire starting her career in PR. At the time when she applied for the first job, she was down to the final two candidates and the other individual had a degree in PR. However, it was Claire who was successful in getting the job. The employers acknowledged her skills and experience as a cadet made her the more favourable candidate.

At interview Claire was asked to do a presentation on a topic of her choice and she spoke about the Sea Cadets which landed her the job. She was able to demonstrate transferrable skills through her activities supporting younger cadets and her voluntary charitable work through the cadets.

Claire continues to work in PR and now manages a large team of people in her work. She can still see the benefit of Sea Cadets in her daily professional life. Her ability to lead, take control and even project her voice were all developed during her time as a cadet on the parade ground. Claire can see how Sea Cadets gave her the practical communication skills that she uses every day to manage her team and get the job done. It’s amazing to hear her time as a PO cadet still influences her every day work. 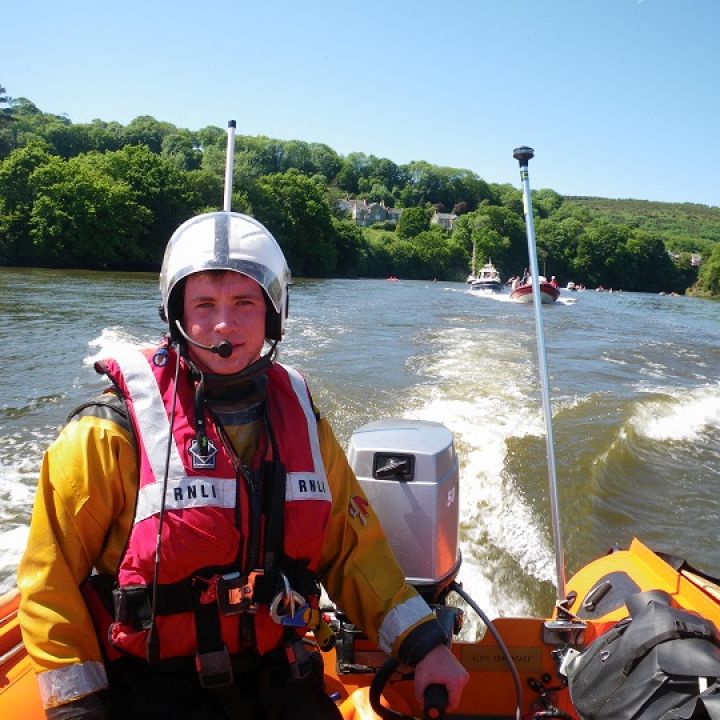 Martin’s early years at Sea Cadets set him up with an international seafaring career, now he gives back whenever he can.

There are many mariners and seafarers who used to be in the Sea Cadets and there are countless inspirational stories. One that caught our eye is Martin’s story. He’s a young man from Wales who has been in seafaring work almost all his professional life. Even though he is only in his early 30s he’s had impressive career opportunities open up from the seamanship skills he learnt as a cadet.

Martin was a cadet at both Rugby and Fishguard Sea Cadets. He was an active cadet and continued on as an adult officer for a number of years. Becoming really well rounded in all the different skills that cadets offers.

These skills enabled Martin to get his first job teaching watersports, a skill he learnt as a cadet and instructor. After that he went on to have diverse range of seafaring jobs. He worked for the Environment Agency on a coastal survey boat gaining the rank of relief master. Crewed a 3,000 tonne superyacht around the Mediterranean. Worked on search and rescue operations in disaster zones. He has even been a commercial diver, helping to shoot a film working on a film set in China.

Martin now works as a commercial master on the boats for an offshore windfarm and continues to use the skills he first learnt as a cadet.

In his spare time, Martin is a longstanding volunteer with the RNLI. He joined as soon as he was old enough and continues to support their work whenever he is back on shore.

As well as the wide range of experiences professionally that were opened up by the Sea Cadets, the influence of the cadets is also evident in his personal character. Someone like Martin represents the generosity of spirit and commitment to others that runs through so many of the Sea Cadets staff, volunteers and cadets. There is an enthusiasm for doing your bit and helping others, in particular to this case, to stay safe at sea. 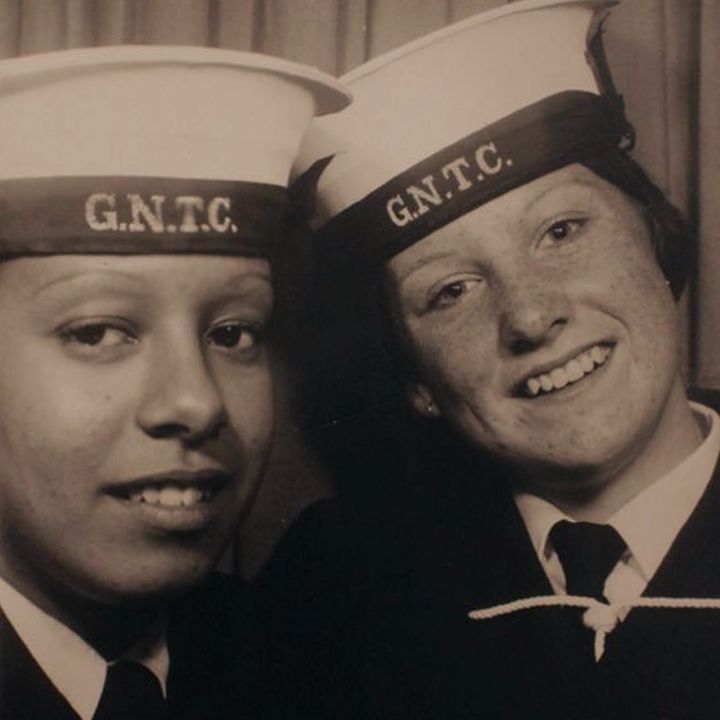 An adventure she could have never had in Tottenham, read Linda’s story

The Girls Nautical Training Corps (GNTC) was invaluable for Linda, a young woman growing up as a Tottenham ‘latchkey kid’. Her experiences as a cadet at TS Wizard meant that she had access to opportunities that her social circumstances would have never ordinarily have allowed.

In particular, Linda reflects on the inspirational role of the women who led the GNTC. She recalls hiking and being in the countryside and taking on adventures that took her out of the city environment and exposed her to a whole other world of possibilities.

One key influence of the cadets on Linda’s life was learning to play the drums as part of the cadet band. This was a skill she continued in adult life and enable her to travel to many new places. Linda went on to become a professional drummer and toured Europe playing music.

Later in life Linda went on to become a civil servant working in local government, in particular, in health and safety. At the time, this remained a male dominated profession and she was a pioneering woman to be present in that role. Looking back, Linda can see how her experiences in the GNTC gave her confidence and the ability to stand up for herself and take the lead even in situations, even when stacked against her.

Now, Linda works in conservation and nature management for a national park and area of natural beauty. She uses her water skills from cadets as she kayaks around the waterways overseeing the wildlife. Rekindling her love of nature and the outdoors, first discovered in the GNTC as a teenager. 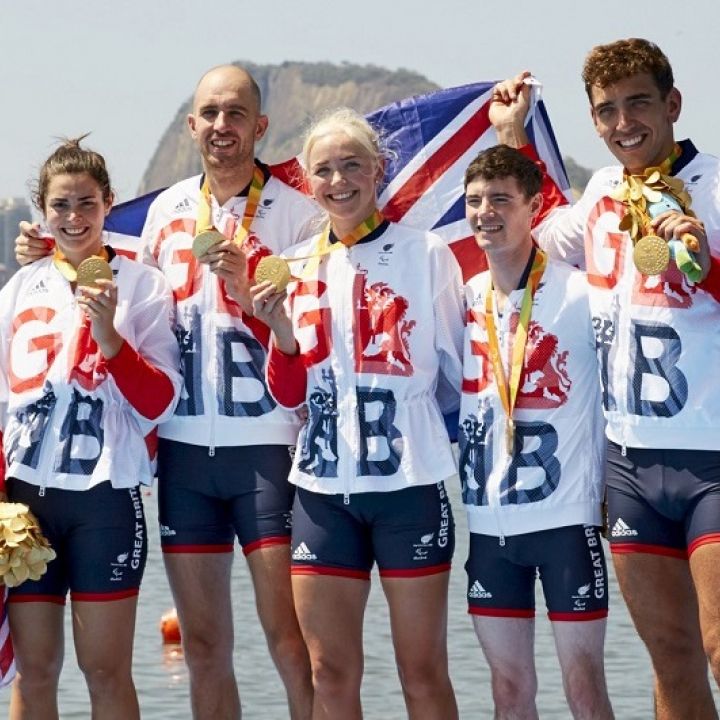 Oliver from the small town of Stevenage, first started rowing in Sea Cadets, not soon after leaving, the young man went on to win a rowing gold medal at the Rio 2016 Olympic Games with Team GB.

Oliver couldn’t have imaged the journey ahead of him when he first picked up oars as a teenager - a love of rowing was born. He had a committed and inspirational instructor who nurtured his interest and ability. Rowing became Oliver’s primary focus and motivation during his time as a cadet.

After cadets, Oliver went on to be a committed member of his university rowing team. When he came to the end of his studies he had the opportunity to spend a year pursuing elite level rowing. This then led to him being part of the training and development programme leading up to Rio 2016.

Oliver became the cox of the Paralympic LTA mixed four that won three successive World Championships and a gold in Rio 2016.

Now Oliver uses his passion and skills to inspire the next generation of rowers. He runs a rowing education programme in the London area for secondary school aged children. When speaking about how he coaches he can see the inspiration of his former instructor from the Sea Cadets still influencing his work today. 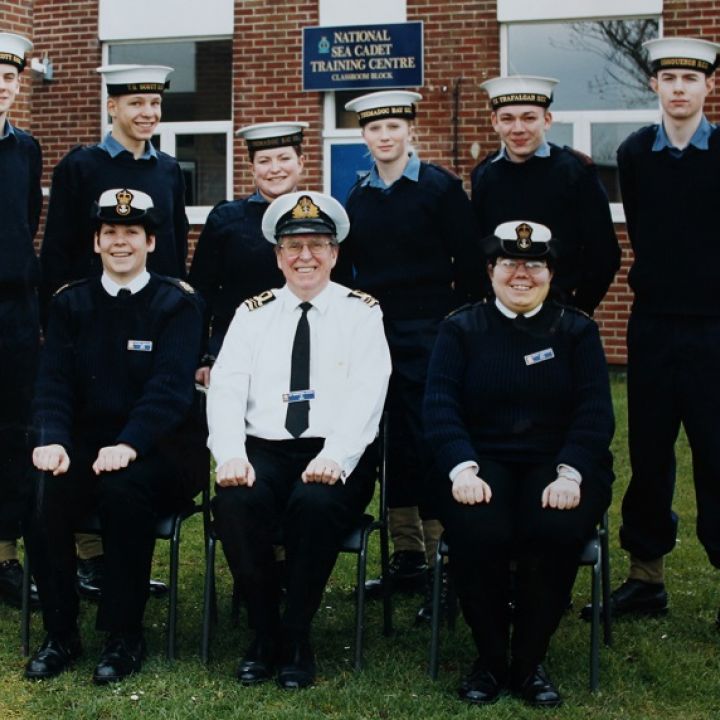 My career success and how I handled a near life or death emergency, thanks to my Sea Cadets experience. Read Laura’s story.

Laura (pictured back row, third from right) is now in her early 30s and balances her time between raising her young children and working life. As she looked back on her time in the Sea Cadets she sees the clear impact it had on her journey in life. The confidence and determination she developed in the cadets has carried her through much of her adult life so far. Including where she met her long-term partner and had their children together.

Laura spoke about how the experience of working through the ranks in the cadets helped in her approach to work. Giving her the confidence of going in at the bottom, and being deliberate about working her way up through the organisation and taking on more responsibilities.

Laura also counts her ability to respond well under pressure to Sea Cadets. She recalled a time when driving on the motorway and she was the first on the scene of an incident. A gentlemen had stopped in the middle of the road. He had suddenly become unwell and unable to drive. His car blocked the carriageway and his possessions had been thrown across the road. Other drivers impatient at the situation were dangerously driving around the vehicle and damaging the man’s possession.

Laura took charge of the situation. She stopped the traffic. Cleared the road of the man’s possessions. She made it safe for one lane of traffic to reopen until the situation was resolved. Laura responded quickly and confidently. She ensured the safety of the unwell man and enabled others to administer first aid without risk of further accident. She kept control of the situation until the emergency services were able to arrive and take over.

As Laura told the story it seemed to her as if she had just done the obvious and natural thing and that anyone else in her situation would have done the same. But Laura’s story demonstrates a confidence in crisis that is not commonly found. She attributed her ability to assess the situation and quickly plan an appropriate response down to her experiences as a cadet. Her sense of commitment to the safety of others and her ability to problem solve greatly improved the situation on that day.